Doren was born with a powerful gift -- a gift he's managed to use to put him well on his way to becoming a star. But there is more to that gift than just musical talent, and as careful as Doren is to hide that fact, there are some who know of the power behind the sound, and all the ways they could abuse it.

August's goal in life is simple: make an impact in the music industry. An opportunity to work as the personal assistant to Doren seems to be exactly the kind of break he needs to accomplish that goal.

But all too often in life, simple becomes just another complication, especially when there are people whose goal is even simpler: destroy and dominate.

Doren reached up teasingly for his ankle. "Come on, Aug," he whispered around a grin. "Don't make me come get you."

"I'm thinking." August kicked at the water to get Doren away. "Back off."

Doren laughed and before August could do a thing about it, Doren grabbed his ankle and gave August a good, solid tug. There was no recovering from it. Attempting grace, failing miserably, August tried to twist into a dive but managed no more than shutting his eyes and his mouth. By the time he struggled back up to the surface, Doren was far enough away that the slap of water August sent his way didn't even come close.

"Lesson number one: don't tell me what to do," Doren said, his voice low and amused. Then he was gone, twisting like a fish and disappearing into the misty water.

As annoyed as August was, he had to admit the water had a pretty cool feel to it. It was perfectly warm, a little bit ethereal with the mist rolling around on the surface, and the salt gave it a neat buoyancy. It was a lure August chose not to resist. As Doren was already floating again with his eyes closed and a lazy smile lifting the corners of his mouth, August followed suit, sighing to himself.

The room was quiet but for the soft echoes of moving water and the occasional drip. For the longest time they rested on the water, and August would not have been able to swear he managed to stay awake completely. He opened his eyes when Doren began to hum: a soft, murmuring chord that filled the room and echoed against the walls, bouncing back to weave together with the new tones coming at it. It sounded familiar enough that August thought he should have been able to place it, but the notes, or lyrics, or whatever it should have been kept slipping out of his mind's reach. He listened for a while, letting the notes sink into his memory before curiosity got the better of him. "What is that? What are you singing?"

August turned his face to see where Doren had drifted and was surprised to find them much closer to each other than sound would have had him believe. The much cooler air lifted exhilarating goose bumps on his wet cheek and chest, while the warm, light water teased around the rest of his body. It was an odd, not entirely pleasant sensation. "No. Maybe. It's familiar. What is it?"

Without opening his eyes, Doren reached out as if searching for August, but August didn't reach back. Doren simply sighed and stopped trying. "You wouldn't believe me if I told you." He started to hum again.

It seemed as though the sounds of the room had become something orchestral: a dreamy, pick-you-up-and-take-you-away mix of chords, like one would hear in a massage parlor or a spiritual event. It had to be the pool, August figured -- maybe the weird, floaty feeling of the salt-water and the strange warm-yet-cold sensation of the pool versus the air. Because not only was the sound making him feel sleepy and distant, August was also starting to feel a little disconnected and more than a bit lightheaded. "That's ridiculous, Doren. Why wouldn't I believe you?"

Doren opened his eyes, caught August's gaze and held it. "It's the water, Auggie. I'm singing the music that the water makes. Close your eyes. Listen. Maybe you can hear it."

Although August kept his eyes open -- convinced he might slip into sleep or something even deeper than that if he shut them -- Doren once again began to hum. The music slipped around them, as if in time with the swirling water. When Doren spoke again, he was only doing that: speaking. But somehow it seemed like the music was still coming at the same time as the words, as if his voice could do both. "Do you remember? When you were a kid? You'd slide under the water in the tub and listen to that sound, Aug. I know you did. We all did." He hummed two notes, then spoke again. "Thrum, thrum, swish. Click, drip, thrum. Remember that? Can you hear it now?"

And damned but if August's memory wasn't tingling with the all but forgotten moments -- how they felt, how they sounded, the mood it inspired. It was a good memory and an even nicer song. It was ... he thought hard ... it sounded like ... 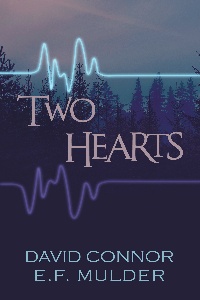 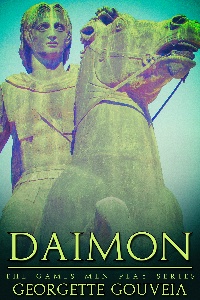 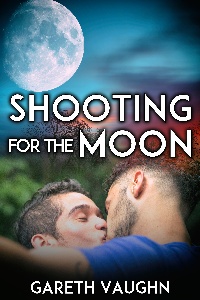 Shooting for the Moon (MM)
Gareth Vaughn
In Shelf
$1.99