A year ago, Cole Hudson got out of an abusive relationship. Since then, he’s been hiding in the kitchen of his bakery, avoiding people best he can. He prefers it there, but his best friend Gavin has other ideas.

Gavin is set on finding him a boyfriend, but Cole doesn’t like hanging around bars, and it’s precisely what Gavin has in mind. As Cole’s self-proclaimed wingman, Gavin is on the hunt for a worthy partner, but it isn’t an easy find.

Cole doesn’t want to date; he only wants to spend time with Gavin. Gavin only wants Cole to be happy. How many men flocking around Cole will he have to chase away before the right one shows up?

He gestured at the beer. “After this, I’m heading home.”

“I have to get up at four in the morning.” And as Gavin so kindly had pointed out, he wasn’t twenty anymore.

“Hi.” A man barely in his twenties fluttered his eyelashes at Cole. “I couldn’t help but overhear --”

“No.” Gavin glared at him. “Go away.” He made a shooing gesture.

The guy winked at Cole and walked away.

Cole glared at Gavin. “That was rude.”

Gavin grunted. “He wanted you to fuck him.”

“Yeah, he overheard our conversation --”

“You’re a bottom. He wanted you to fuck him, not the other way around.”

Cole stared in disbelief, then he caught the bartender laughing at him, and shook his head. “Unbelievable.”

Gavin ignored him and swept his gaze over the sparse crowd. “It’s too damn early. People aren’t arriving yet.”

Which suited Cole fine. He took a sip of his beer and met the bartender’s gaze again.

Cole turned around, but three men were coming through the door, and he had no idea who was the new one. “You should go talk to him.”

Gavin gave him a narrowed-eyed look. “I don’t chase after people. If they want something, they have to come to me.” He turned around on the stool and leaned with his back against the bar and his elbows on top of it. A position oozing with confidence. Cole met the bartender’s gaze again and shook his head.

“How about that guy?” Gavin nodded at a middle-aged man sitting alone by a table. “He’s in the closet, married to a woman, and comes here for a quick release, no strings.”

“Nah, he prefers to bottom. You should be with someone --”

“I’m going.” Cole pushed the still half-full beer toward the bartender. “Thank you.”

“No, Gavin. We said a couple of beers, we’ve had a couple of beers. Stay. Enjoy your night.” He shuddered at the images assaulting him of how Gavin would enjoy his night and hurried out into the February chill. He shouldn’t care who Gavin was with, but part of him did. Part of him wanted to keep Gavin all to himself, and he didn’t want to watch him flirt with someone else. He’d never claimed to be sane.

“Cole.” Gavin jogged to catch up with him. “What the fuck?”

Gavin frowned at him. “A what?”

“I don’t want to know what those people get off on. I’m not interested in their performances. If you want to whore yourself out, do, but please leave me out of it.”

It wasn’t often Gavin looked surprised, but he did now. “I’m your wingman, you have to know what you’re getting into.” He grinned. “Or what’s getting into you.”

Cole shook his head. “You’re not my wingman. I’m not dating.”

“Of course not. You think I date?”

Cole groaned and hurried his steps. “I don’t want to hear more, please spare me the details.”

“But Cole. You haven’t gotten laid in over a year.” His eyes narrowed. “Or have you been hooking up without telling me?”

He pictured himself with a lover and the familiar panic at the thought of having someone invade his space closed in on him. He believed he’d grown good at hiding it, but the way Gavin’s expression hardened had him doubting his abilities to play sane.

“I’ve been working a lot.” He had. He worked as much as he could to keep from thinking of anything else. Brian still hunted his nightmares, but vanilla and cinnamon kept them at bay. He worked until he was too tired to think, and then he’d catch a few hours of sleep.

Cole winced. Great, they’d been talking about him. He hurried his steps as darkness crept into his mind.

When a hand grabbed his arm, he yelped, then ducked. Gavin let go of him so fast you’d believed he’d burned himself.

Gavin snorted. “No, you didn’t. But we’ll try again. I’m coming up with you.” 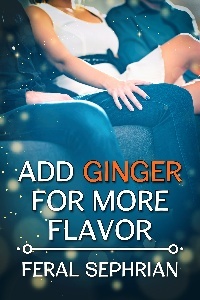 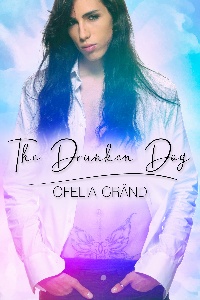 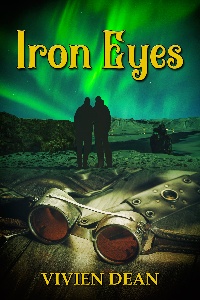