Prince Menion had never wanted for anything in his life minus Jacob Riker. Jacob and his twin brother, Lucas, came to the Kingdom of Miraennon every fall and always left before spring arrived. They would bring with them tales of magical worlds and add wonder to his boring life. Then last year, Jacob Riker arrived alone, and they grew closer than Menion should have allowed. Menion was expected to be married and be the next Lord of Miraennon by Christmas. None of those plans involved Jacob Riker.

Being a time traveler, Jacob Riker had never expected to be so stuck in one moment. After their months together, that had been Jacob's own personal Christmas miracle. Then Menion Astaulind was standing in the snow breaking his heart and proclaimed love for another.

Now, Jacob stands ready to jump through the portal one last time to win over the only man he ever loved before Christmas comes again. 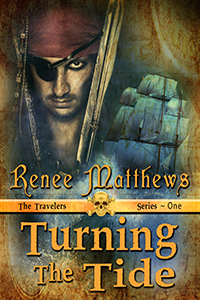 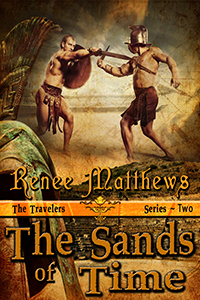 The first snow of the year always spoke to Jacob Riker as a fresh start. Darkness of the world seems to be buried too deep for anyone to find, and a blanket of soft peace covered the world from the harmful things that would try to ruin it again come spring. No matter what world Jacob traveled to, the snow was always something he enjoyed. Jacob allowed himself to get lost in the wonder of the world for a few more moments until he heard the crunch behind him.

A glance over his shoulder showed his lover wrapped in a dark coat with fresh snow gathered around his shoulders. Jacob turned with a smile on his face. The man in front of him had never looked better to Jacob. This was the only love of his life, and Jacob could not control the warmth that filled his soul. A greeting was about to leave his lips when a raised hand stopped him. Uncertainty crept into Jacob’s mind as his lover refused to look him in the eyes.

“I need to say something before I lose my nerves, Jacob.”

A deep cold filled Jacob as he looked over the man in front of him. Jacob was not a name his lover had called him before. Not when they were alone, not after these past few months together.

“I have made some mistakes this winter. I have allowed a friendship to become something twisted. Something that it should never have been. I have allowed lustful thoughts and nerves to control my life. I ask for your forgiveness in this regard.”

Jacob could not stop himself from speaking at the word of forgiveness. “If you are asking for forgiveness for our relationship, you don’t require any. If you mean for this conversation, by all means, you have it.” His words were cold, and he saw the other man flinch slightly. His siren blood inside of him seemed to turn every inch of him cold and empty.

“There is no relationship between us.”

A chuckle left Jacob, causing the other man to take a few steps forward. “We have no relationship, Jacob. It was a moment of mindless lust.”

“A moment, which moment do you have in mind? Because if my memory serves me right, we have had months of moments. Would it be the moment that we had three months ago when we kissed in the library, or last night with your nails digging into my back, Menion?”

The look on Menion’s face was hard for Jacob to explain. The man looked both enraged and ill. Jacob could also see a deep determination. That was what concerned him at the moment. Jacob had never been able to change Menion’s mind once he decided something. This moment might be the same, and the very thought put fear in his heart.

“What happened between last night and now?” Jacob allowed some of his pain to become clear in his words. The pain and fear must have been openly shown when a clearly devastated Menion looked away from him once again.

“I woke up. I have asked Anne Marie to marry me in a year’s time, on Christmas day. She accepted.”

“Why would you…” Jacob yelled in disbelief.

“I love her, Jacob Riker. I want to spend the rest of my life with her.”

“You love her? It was not her name that you said last night…” Jacob couldn’t get any more words to leave his mouth. His mind was reeling. How had this happened? Everything was perfect just twenty-four hours ago.

“I hope, in time, you are able to put this behind you. I would like to keep our clan’s friendship intact, as well as mine with the Rikers.” Menion turned his back and walked away. It seemed to be an end. No more talking—no more them.

Jacob felt the R on his wrist burn. His eyes glowed bright blue, but he refused to allow the portal to transport him just yet. But his time was up in this world. “I love you, Menion, and I know you love me too.” He knew Menion could hear him when the man stopped for a moment. He wasn’t sure if Menion was about to turn around or continue walking. He would never know for sure.

With those last words, Jacob allowed the portal to pull him back home.

Tied Up with a Bow
Maggie Blackbird
In Shelf
$1.99