He giggled. Ben liked that nickname, would have loved to hear it more often on Jax’s lips. Why couldn’t he? His mind didn’t work quite right. Jax told him he had too much to drink, but he kept ordering more. Plus, the excited football crowd didn’t help. They were all stamping their feet, yelling, and instead of making him nervous, alcohol gave him courage to join in, wander from their table to look at the game.

Not that he understood what he was watching. The colors were a blur and the only thing that mattered was Jax’s warm chest against his back and Jax holding onto him possessively. Anyone could assume they were together. The thought made him warm all over.

“Thanks for making sure I don’t taste the carpeting,” he mumbled. “When did we arrive?”

He remembered belting out tunes on the radio, Jax hailing for a cab and telling Ben he was too drunk to drive. Had that all happened?

“A few minutes ago. Where’s your room key?”

He reached for the card in his wallet, fumbled for it. “Don’t take advantage of me, okay?”

He felt like he’d hit a nerve. Ben felt like he needed to explain as Jax used the card to open the door. Walking on his own two feet felt like a feat he couldn’t quite achieve yet, so he lingered by the doorway.

“No, don’t misunderstand. I want you to take advantage of me.”

Jax blinked. “You’re slurring your words. You’re aware of that?”

“I can’t walk on my own,” he admitted, blushing hard when Jax seemed to prefer to ignore his statement.

“It’s fine, lean onto me.” To his shame, Jax helped him in. The door shut behind them, and Jax placed the key card on the slot by the door, lighting up the room. Jax helped him to the bed, or rather, Ben flopped unceremoniously on the bed. He groaned, head spinning.

Jax hurried away. He tried to lie on his side, make a sexy pose for Jax, but the smallest movement made his headache worse. His stomach rumbled in discontentment. Not a good sign. Jax returned with a glass of water, helped him sit up, and he sipped.

“Nothing is going according to plan,” he grumbled. “You drank as much as me.”

“I can handle my alcohol better. You on the other hand,” Jax muttered with a growl. “Now I know better.”

He scoffed and rolled his eyes. “Okay, officer. I’m an adult.”

“Who can’t handle his drink.”

“Oh hell. This really isn’t my night.” A wild thought had occurred to him while he pretended to be interested in watching the game on TV while Jax remained pressed behind him, all those yummy muscles and stupid clothes getting in the way of them touching skin-to-skin.

Since this was his last night in the city, he might as well make the best of it, but he didn’t exactly possess the best seduction skills in the world, and his experience had only been limited to one asshole—Perry.

“What would make your night?” Jax asked, frosty eyes tinged with yellow, a sign the dominant werewolf was also losing control. The way Jax stared at him, like he was the most desirable thing in the world, made his entire body flush.

Perry always made sure Ben was grateful a guy like him would consider dating someone like Ben, never once looked at him the way Jax did.

“You and me, getting naked.”

“That’s easy enough.” Jax paused. “No. It can’t happen like this between us.”

Angry, he rose to his feet. Dizziness hit him. “What do you mean?”

“We’re both drunk, little Omega. I want to remember our first night together. Don’t you?”

“But I’m leaving tomorrow, my parents would be worried I haven’t come back by now,” he blurted.

Why did it feel like he was living on borrowed time? Ah right. Because Ben was certain once morning came, Jax would come to his senses, the spell broken, because in the real world, guys like Jax weren’t attracted to broken shut-ins like him.

“Bullshit. Tell me the truth.”

“Fine, because I’m sure come tomorrow, you’ll change your mind about me.”

“What the fuck are you talking about?”

Jax hadn’t meant to sound so harsh. Ben drew back, stunned. Jax couldn’t believe the asshole, whose name Ben refused to reveal, had whittled down Ben’s self-confidence and self-worth so much for Ben to doubt himself. Fuck, but all he wanted was to hunt the fucker down for all the harm he caused Ben.

“It’s just, you’re under some kind of spell or something. I’m not, I mean,” Ben began, looked flustered, and froze when Jax cupped his cheek, forcing the Omega to look him in the eye.

“You’re perfect the way you are.”

“There’s no way I can be perfect. You don’t have to lie on my account, to make me feel better.”

God, this again. Jax proved his point by leaning in close and did what he imagined doing since he met Ben. He closed his mouth over Ben’s, tasting beer, tasting Ben on his lips. When Ben responded with a fury and passion he didn’t expect, he took over. Their tongues tangled, teeth clashed.

Ben’s slender body perfectly fit against his, the skin underneath their clothes fever hot. Jax fisted Ben’s shirt. It would be so easy to rip the thin fabric off, have more flesh to put his mouth against, to taste, caress.

Ben shuddered underneath him when he scraped a bit of teeth against the spot where he’d eventually place his brand. He didn’t bite hard enough to draw blood, but deep enough to bruise. The mark was a temporary one, a promise of what was to come. He went lower, took Ben’s nipple into his mouth, and grazed his teeth over the sensitive flesh. Ben buckled underneath him, clawed at the sheets. Reaching for Ben’s prick, he began stroking Ben up and down.

Ben moaned, eyes widening slightly as Jax thumbed away the pre-cum on Ben’s slit, alternating between fast and slow tugs on Ben’s dick. Ben let out a breath. “At this rate, I’ll come.”

“Go ahead. I want to see you come undone by my hands.” He took Ben’s lips again, fondled Ben’s dick. “Come for me, little Omega. Do it now.”

“I think,” he said, “I want to keep doing this as many times as I want just to see that expression on your face.”

He put his slick hand to Ben’s lips, delighted when Ben licked them clean out of his own accord.

“Don’t go to sleep yet, baby,” he said gently, aware of his pulsing cock, hard and engorged between his legs, in need of release.

“Why would I?” Clarity returned to Ben’s voice. “You haven’t fucked me yet.”

He chuckled. “Such crude words. I think I prefer ‘making love.’”

Jax kissed Ben gently on the side of his mouth. “You won’t forget, because I’ll be your last.”

His growl filled the room, but his mate didn’t look alarmed at all. “I’m a possessive man. I don’t share what’s mine.”

“Lube’s inside the drawer under the bathroom sink,” Ben answered. Some Omega species were self-lubricating but it wasn't the same for him.

He palmed Ben’s belly, gave Ben’s balls a squeeze. “Stay right there. I’ll be back in a second.”

Ben’s heart pounded at those words. As if he was going anywhere. Part of him still couldn’t believe this was happening. Admittedly, he wondered if this was all an elaborate fantasy he created, but the aches from the marks Jax left behind on his body said otherwise. Even now, he could still feel Jax’s big and callused hands wrapped around his dick.

Jax was an attentive lover. Despite being a dominant male, Jax cared about giving, too, when Omega wolves expected to receive nothing in return. Jax returned from the bathroom with his lube.

“Don’t worry, it’s new. I use it when, you know, I need a private moment.” Ben felt his entire face flame up.

What in the world possessed him to admit that out loud? God. Jax didn’t need to know he masturbated on a frequent basis. At least he never mentioned that his sexual fantasies had begun to star  one particular man.

“There’s no need to be ashamed about admitting that. I like how you’re honest with me. My turn. I’ve been having a few sleepless nights myself.” Jax positioned himself at the edge of the bed.

“Can’t you tell? My thoughts were preoccupied by thoughts of you. Does that make you feel better?”

“Loads.” It warmed him to think Jax had been in the same situation as him.

The dominant male patted the spot in front of him. Understanding what he wanted, he slid his body lower, gasped when Jax grabbed his legs and positioned them over his broad shoulders. Like this, he felt completely exposed, dick and balls kissing the air. Even after his initial orgasm, his dick started to come back to life again.

“Look at that,” Jax murmured, giving his prick a tug.

He groaned. “Don’t tease me any longer.”

Jax uncapped the lube, applied some on his fingers, before working more into his hole. He shifted on the bed as Jax pushed one digit in, added in a second. When Jax brushed against his prostate, he gasped. Jax did it again.

“You haven’t seen anything yet, baby.” Jax made twisting motions with his fingers, widening Ben for his access. “You’re ready.”

Then his dominant wolf replaced his fingers with his dick. He gasped as Jax’s cockhead went in.

“Breathe in and out for me, baby.” Jax’s voice soothed him, made him urge his inner muscles to relax, to take in Jax’s girth.

After Jax pushed past the thick ring of muscles, it became easier. He breathed as Jax sheathed himself fully in him, so big, completely filling him.

“Good job, baby. Now, I want to hear you scream out my name.” 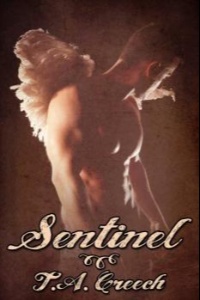