Malik assumed a triad relationship wouldn't be easy, but he never expected the amount of bickering it'd cause between Portia, his girlfriend, and Ezra, his lover. As if they didn't cause enough of his headaches, Malik learns that his final loan application was denied, pushing his college education to the precipice of the abyss.

In short, a spring getaway is precisely what he needs.

But upon arrival at the isolated cabin, tempers flare, accusations fly, and Malik is no longer certain of his relationships. Between distant family pressure and unbearable sexual friction, can he make his love life and future work at the same time? 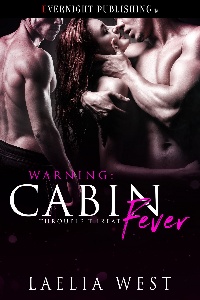 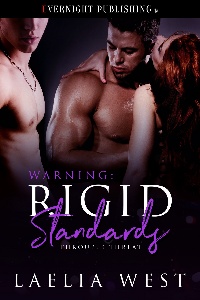 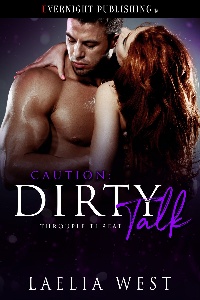 Malik dried off and walked out to see if Ezra had gotten up. He had—in the manner that he’d regained enough sense to strip out of yesterday’s clothes but for his boxer briefs, where his erection seemed to proudly greet Malik good morning.

Geez. Sometimes, Malik felt that he had to do everything.

He took a moment to get dressed so Ezra wouldn’t get any funny ideas. Then he tried to wake up his dormmate again. “Hey. We have to get ready.”

“Hngh.” Ezra grunted and flopped an arm over his face.

Sighing, Malik tried again. “You can sleep in the car if you want, but we have to go.”

A hungover Ezra would not be pleasant to take on a six-hour road trip, and Malik was rapidly running out of time to sober the stubborn ass up.

Malik shook him. “Get up, man. Drink some water.”

Ezra grasped Malik by the shirt and yanked hard. Malik flung his hands out and barely stopped from smashing his nose into Ezra’s, though Ezra jerked him closer anyway for a rough, biting kiss that would have been an eleven-out-of-ten on the hot scale if not for their mutual morning breath.

Then Ezra shoved him back and grumbled, “Not yet.”

Malik grasped the comforter and yanked, sending Ezra sprawling on the carpet in a tumble of dark curls and curses.

“Get in the shower or I’ll tell Portia you’re staying behind,” said Malik.

Ezra stumbled to his feet, eyes still closed, and muttered a plethora of insults on his way to the bathroom, ending in, “…I’ll fuck you so hard you choke on the pillow” before the door slammed.