Travis Grayweaver is a witch with two significant problems.

First, he has a tendency to run toward trouble instead of away from it without the insurance of a Guild to back him. As a freelancing witch taking odd jobs wherever he can, this has landed him in some trouble with the Grand Council of High Magic.

Second, he's madly in love with his best friend Niko, and is much too afraid to confess his feelings to him.

Niko, born between the corporeal and ethereal worlds, is a familiar -- cat one minute, human the next -- with a rare, pure source of magick sought after by people all over the world. When contracted, familiars will do whatever they have to in order to protect their human. Although Travis has no contract with Niko, they share an unshakable bond built on friendship, loyalty, and trust.

But their bond is put to the ultimate test when something dark and sinister threatens their community and their lives. If they don't stop it in time, Travis might lose Niko -- and the chance to ever tell him how he really feels -- forever.

Little bells above the door jingled when they entered the bakery. Before it even shut behind them, Niko skipped over to the counter to immediately begin browsing today's biscuits. Shortbread. Custard filled. Jam layered. Chocolate chip. Chocolate dipped. Mint flavored. So many choices.

Whenever Travis came here on his own, he simply defaulted to shortbread. Niko liked it and never complained. With a buffet spread out in front of him like that, Travis had a funny feeling it may take a little while. He'd probably end up leaving with at least one of each.

"So?" Travis asked when Niko had been damn near pressed up against the glass for at least ten minutes. "Know what you want yet?"

"Don't rush me." Niko, eyes still on the case, held a finger up to emphasize his point. "Decisions like these are extremely delicate."

"Of course." He pointed to the biscuits. "Some are soft, some are crunchy, and some are good for dunking in tea. I have to make my choice careful --"

Niko, abruptly cutting off his statement, swung his gaze over his shoulder, not moving or blinking or even breathing. His ears swiveled. His tail puffed. His nose twitched.

"What?" Travis asked, following his gaze to the front door and seeing only a handful of kids coming into the bakery. "What's wrong?"

Not shifting his gaze even a smidge, Niko slowly stood up again. "I smell something."

"What do you smell?"

Trailing off without any further explanation, Niko inched his way to the door, hand reaching for the copper knob. He hesitated before taking hold of it as though he expected it to be hot to the touch. It took him another moment before he finally grabbed it and when he did, he wrenched open the door.

Travis's heart jumped to his throat when it opened. He thought maybe a hobgoblin or warlock or a banshee ready to scream about a recent death would be standing there. Instead, he saw nothing. Nothing but people milling around the marketplace, wandering in and out of shops, heading home, even deciding on what tavern to go to for supper.

The sky swirled in pinks and golds, soft, gentle shadows beginning to stretch across the world. A warm breeze kissed through Travis's hair as he stepped up next to Niko. The wishing star blinked high above the Eastern Woods. A perfect day easing into a peaceful evening. Nothing out of place. Nothing out of the ordinary.

Slipping an arm around Niko's waist, Travis pressed a kiss to his cheek and chuckled.

"You scared me," he said. "I thought something was wrong."

But Niko didn't return the affection. He might not've even noticed that Travis had kissed him at all. He did nothing but blink at something in the distance and sniff at the air.

"Something is wrong," he replied. "Don't you smell it?"

Taking a step out of the bakery, Travis mimicked Niko and stuck his nose in the air to inhale deeply, only thinking a second after doing so that he probably looked ridiculous. Regardless of how he looked, he smelled nothing different. Just the pastries and confectioneries in the bakery. Meat roasting and fresh ale from the tavern. Flowers from the florist next door. All normal.

Nose still in the air, whiskers ruffling whenever he sniffed, Niko's gaze drifted to the right.

"Something ..." His breath trembled. "Something wicked. Something dark ..." He took a step forward. Pointed. "Over there ..." 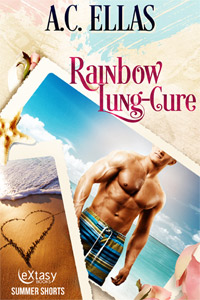 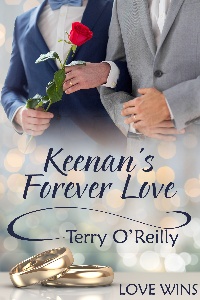