Clancy Makem has played for the Brookeville Scorpions for the past seventeen years and is considered the century’s best shortstop. After he tears his ACL for the fourth time, his career falls apart, and the team’s surgeon gives him no choice but to retire. At thirty-eight, he finds himself without a job, so he decides to return to college to get the degree he’d put on hold. With that fourth surgery looming on the horizon, he’s also in need of a temporary caregiver, something -- someone -- he’s unwilling to accept. Clancy’s teammates, who love their former shortstop, are willing to do whatever it takes to get rid of this person.

Charles Newton is a mathematical genius who had two master’s degrees under his belt by the age of eighteen. Now twenty-one, he has a doctorate waiting in the wings, only he finds himself burned out and with no desire to defend his dissertation. Even in the face of being disowned by his overbearing mother, he’s willing to walk away from academia. He’s in need of a job, and fortunately he’s offered one as a temporary caregiver to Clancy Makem -- a once-in-a-lifetime opportunity for someone who’s secretly a baseball aficionado.

Will Clancy welcome Charles -- supposedly clueless when it comes to baseball -- into his home, or will his teammates succeed in running the younger man off? Will Charles get the chance to work with the man he’s admired for years? And who is this person they refer to as Chuck? 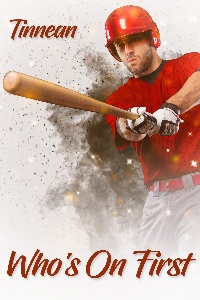 “Charles Albert Isaac Nicola Newton,” Marie Newton snapped. “You’re being obstinate, and I am not happy about that.”

He knew his mother meant it. She only used his full name when she’d lost complete patience with him. After all, the argument had been going on for almost an hour. Why wasn’t she as exhausted as he?

Charles, known to his few friends as ... Charles, although he’d have been over the moon if they gave him a cool nickname like Chick or Chaz or something ... He gave a heavy sigh. He’d hoped to avoid this conversation with his parents -- well, primarily with his mother -- but it seemed like it had become inevitable. That didn’t mean he had to meet her disapproving gaze. He had no doubt she’d be wearing her habitual frown, the one that turned her lips into a thin, tight line, making her seem years older than she actually was. She was a certified genius, although her IQ wasn’t as high as his, so she’d pinned all her failed hopes of solving at least one of the Millennium Prize Problems onto him. That was why he got his undergrad degree at fourteen, his first master’s two years later, and his second at eighteen. That was also why he’d burned out at the ripe old age of twenty-one and left his doctoral program with his dissertation undefended. As for his father -- Charles spared a glance to where the man was seated in the armchair to the right of his wife’s desk. His IQ was a few points lower than Marie’s, something she never let him live down, but he also was in the genius range. Not that it mattered. Charles knew his father wouldn’t say a word in Charles’s defense.

He opened his mouth to apologize, then closed it, stiffened his spine, and straightened his shoulders. Dammit, he’d had enough, enough of pressure to get the best grade scores, and even then it was never sufficient. Enough of having no life outside the lecture hall. Enough of the disgrace of being unable to defend his dissertation. Enough ... well, enough was enough. He rose and turned to leave the stifling atmosphere of this room.

“I rather think it is, Marie.” She’d always insisted he refer to her by her first name, although his father preferred being called Dad. It had been confusing growing up in their household to say the least.

“If you walk out of this room, I’ll cut you off. You’ll never have another cent from this family.”

He paused, and she made a satisfied sound. The threat was clear to Charles -- not only would his allowance be stopped, but the rent for his apartment in New Jersey would as well. He’d never cared about money -- it had always been available. He’d never had to pay a bill or balance a checkbook. Marie was as aware of this as anyone else in this room, and no doubt she was certain she had him exactly where she wanted him -- caving to her decree and returning to complete his doctorate. However, his words weren’t going to be what she expected. “If that’s how you want it, Marie,” he said.

“Where do you think you’re going?”

“Back to Princeton, to clean out my apartment. I assume it will no longer be mine?”

She narrowed her eyes, and once again her mouth tightened.

Yes, he’d thought at much. “I’ll leave the Porsche in the drive.” The upkeep and insurance for the sporty little car his parents had given him when he’d obtained his second master’s degree in Numerical Analysis were more than he’d be able to afford without his allowance. He removed the elegant fob from his keyring, placed it on the piecrust table near the door, and walked out of the room. 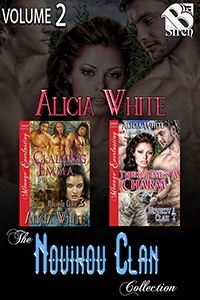