Roan has his hands full when he invites Tanner, a young college kid, into his secluded mountain cabin to ride out the severe winter storm that has stranded him in the mountains for the weekend. They take up a fast-paced, but intermittent relationship as the snow and ice melt, each struggling with the distance between Tanner’s college and the remote location of Roan’s cabin.

Roan has been here before, or course, as the alpha-guy in a previous relationship that kept his interest and bed occupied. But that ended badly, and left Roan to heal the internal wounds alone, tucked away in his cabin at the edge of the forest. Tanner has other plans, as the sexy, cute youngster, who continues to push Roan out of his comfort zones and break all the rules of the dating game. He likes the idea of having an older, take-charge kind of guy as a boyfriend.

While they fall in love fast and hard, they also know the relationship has an expiration date. Tanner will graduate in May and move to the big city to take on a job in his chosen field. Can each of them give ground when needed and support one another, without blowing the relationship apart prematurely? 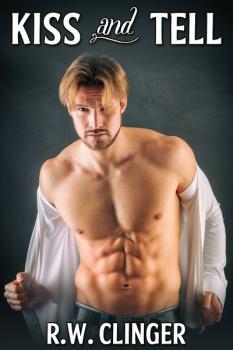