Caress of the Stars

Huana Marsh was ready and eager for an assignment off world as a seeker for the star Dekkar. Imbued with his power, she sets off to find the lost world of H’skar, origin world of the Hashka. Yaedo, the security officer for the temple is her chaperone and bodyguard and after a few days in his company, Huana knows why. Dekkar has selected her perfect mate and has locked him in a shuttlecraft with her. Since her body is demanding the attentions of its mate, their assignment is going to get a lot more complicated before it simplifies.

Caress of the Stars

Wrath of the Stars
Viola Grace
In Shelf
$3.99

“Seeker Marsh?” The male at the front of the contingent bowed low. “You are requested at the temple.”

She stared at the men in surprise. “You have to be kidding. I am not exactly your type.”

Usually, the priests only came searching for women who were unmatched and about to go into heat. Huana had at least six months to go before she went into her first heat and she was far from a stunning beauty.

They blushed at her honest assessment. It was no secret that they tended to favour a certain type of woman for early selection. The priests were allowed first pick of the women in heat. If a match was made, they made excellent husbands.

It was thought that a husband from the priesthood was a lucky thing, a blessing from Dekkar that ensured the star’s attention throughout the life of the couple.

“The high priest and his consort have requested your presence. We are not privy to the reasons. We have simply been assigned as your honour guard.” His long, swirling blue robe over his bare chest marked him as a security guard at the temple.

The muscles on his companions and their paler blue robes identified them as personal guards for the higherranking members of the temple.

“I see. Just a moment, please.” Huana locked her research away and walked to her boss’s office.

“Arkol, I will be out for a while. Keep an eye on the front in case you have a client.” She leaned in the doorway and grinned at his rumpled countenance.

“Where are you off to?” Arkol ran his hands through his dark hair and scowled as he came out of his seeker’s trance.

“I have been summoned to the temple. Don’t laugh. Come and take a look if you don’t believe me.”

No seeker could resist their own curiosity, so she was unsurprised to find Arkol next to her, peering around the corner and making a soft whistle at the four priests waiting for her.

“Raveli isn’t going to believe that you were summoned by four priests.”

“I wasn’t summoned by priests, it isn’t my time. I was summoned by the high priest and his consort.” She held up a hand and stopped his train of thought. “Don’t even go there. I am going now. Keep your twisted fantasies between you and your wife.”

He waggled his brows at her and gave her a small wave, wiggling his fingers lasciviously. “Oh, I will.”

Sighing and rolling her eyes, she turned and made her way back to the front of the office, tossing her cloak over her serviceable tunic and trousers. “Let’s go, gentlemen.”

The security officer tried to take her arm, but she pulled away. “Let’s not pretend that this is something else. Two bring up the front and two the rear.”

One of the men grinned. “I am good with that.” 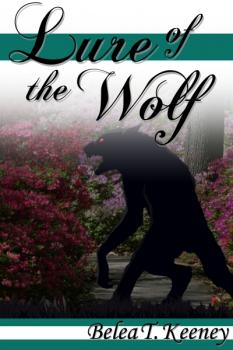