Highlander Drew Mackenzie’s double life as a respectable gentleman and the notorious, smuggler, Le Diable Noir, comes into jeopardy the moment Lady Adrianna Beachwood’s father rejects him as a suitor. He devises an ingenious deception to meet her in secret by using his cousin, the respectable, Lord Rupert as a decoy.

Nothing goes to plan and when the feisty goddaughter of George II is thrust into danger, her only chance of survival lies in the hands of her courageous and deliciously handsome Scottish warrior.

Two people find love under the worst circumstances. Lady Adrianna longs for something more than the old men her father keeps throwing her at. When she meets Highlander Drew Mackenzie at a party everything changes for Lady Adrianna. Drew is taken aback by his reactions to Adrianna but he is more than ready to accept them and court her but he must find a way to prove to her father that he is more than acceptable as a suitor for her. As time goes by the two find themselves falling in love but can they ever find a way to be together? Soon Drew is called back home and Adrianna’s father sends her away to France. Who can help them now?

This story is a nice introduction to this world and series. I fell in love with both Drew and Adrianna. Both have to face great odds to be together. How much more can Adrianna take before she decides to fight for herself? I would love to see her find a way to stand up for herself and not let the men rule her. Drew is a good man and must find a way to help his clan as well as keep his promise to Adrianna. Their love is strong and I enjoyed watching the two begin their relationship. Not only do Adrianna and Drew grab the readers attention but Rupert makes his presence known as well. I hope that we get to see more of him in the future. As this is a trilogy we are left hanging at the end of this book and I cannot wait to see how the story continues in part two. 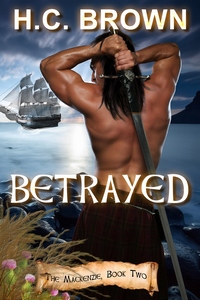 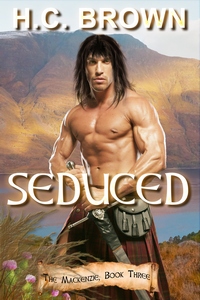 Lady Adrianna Beachwood slid into the shadows masking the terrace, her attention captivated on the tall stranger bowing over Lady Bracken’s hand in the receiving line. At last, a gentleman worthy of my consideration. He straightened and bestowed a brilliant smile on his hostess before moving through the reception room in her direction. Sauntering past in elegant glory leaving the expensive fragrance of bergamot in his wake, he astounded her. Dangerously handsome and with the hungry countenance of a wolf, he cast a predatory gaze over the silk encased ladies gathering in the foyer. From the enthusiastic titters beside her and the flutter of fans in her periphery, his perfect proportions, and elegant form had attracted more than a few ladies devotion.

She admired tall men and he was indeed the most stylish of gentlemen. His magnificent broad shoulders fit snugly inside a dark blue jacket nipped at the waist and worn over crisp ivory linen with an overindulgence of lace in the French mode. Her gaze drifted in wanton abandon from his expertly folded silk cravat tucked into a heavily embroidered waistcoat to his breeches cut tight enough to enhance his long muscular legs. Lifting her fan to hide her heated cheeks, she gaped after him. Rather than covering his head with a wig, he had queued his glossy ebony hair at the nape without one trace of powder, yet he certainly appeared to be a devotee to fashion by the cut of his cloth, and the expensive lace at his cuffs.

Her attention matched his swagger in the direction of the ballroom and entranced by his devilish countenance, she stepped into the hallway and followed him along the passageway. She picked up her step, but he sauntered straight past the ballroom without as much as a glimpse within and continued in the direction of the card room. Bother! Adrianna pressed her lips together and stared after him. Determined not to miss the opportunity to catch his eye, she cleared her throat. The temptation of a man stopped abruptly and turned to face her. His languid gaze traveled over her and as he inclined his dark head, the corners of his full mouth twitched into a secretive smile.

A booming voice, announcing the arrival of her father, broke the spell.

“Ah, there you are Adrianna. Why, may I ask do you find it necessary to dally so close to the card room? It is not seemly for a lady to be in close proximity to gamesters, my dear.” He moved to her side then his gaze slid past her and darkened at the sight of the handsome stranger. “Come along, I am sure there are more suitable gentlemen waiting to fill your card.” He offered his arm.

Annoyed by her father’s untimely appearance, she composed her features into a mask of disinterest, and rested one hand on his arm. “I noticed you in the company of Lord Somerton in the receiving room and assumed you would pass this way so I waited for you, Papa.”

His nostrils flared in disgust and he bent his head lowering his voice. His acid tongue lashed over her like a whip.

“You are not a girl on her first come out and should know better than to expose yourself to rakes and ne’re do wells.”

She turned to him aghast. “Oh, Papa, your worry is unfounded. To be sure, Lord Bracken would not allow scoundrels within a mile of Lady Bracken’s soiree.”

Her father raised both eyebrows and peered at her thoughtfully through his quizzing glass.

“Adrianna, your naivety astounds me. It would seem I will have to keep a closer eye on you this evening.” He tucked an errant curl into her chignon with unexpected skill. “Come along, I have arranged for a number of respectable gentlemen to make your acquaintance.” 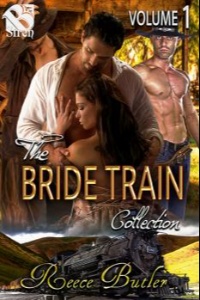