The two of them met six months ago and have worked together since. Malia had promised that the two of them could be friends and nothing more, but how can she resist the man who knows her like no other man? With a key to his apartment, on a whim one night Malia decides to do the unthinkable and surprise him, really surprise him. As she tiptoes quietly toward his bedroom she thinks she hears his voice and perhaps one other. Malia is certain that he and his girlfriend broke it off months ago, but are they now back together? She clumsily stubs her toe just as she reaches his bedroom door, and she hears nothing but a heavy silence after that.

Malia was doing the unthinkable. She was much too serious to do this, too straight-laced. Besides, she had promised him that they would just be good friends. But that had been months ago, before he had broken up with his girlfriend. So much for promises, but Malia was not made of stone. She was only flesh and blood. The two of them had met when they had both shown up to interview for the same job. When they had both been hired, they worked together very well. They had so much in common. His name was Antwon, but he had decided years ago that he liked being called Andy better. He said it was easier to get laid as Andy.

Malia stepped quietly into the bedroom. No one was there except Andy. What a relief! She would have died if she had walked in on him and his ex in bed together. Malia whispered his name. “Andy.” He shifted just a little in his sleep. She whispered again, “Andy.” This time he opened his eyes. She was standing there naked, her breasts exposed along with her curvy body. Andy had never seen Malia naked before, but he had thought about it often. He was aroused beyond belief as he stared at her. He sat up and blinked a few times to make sure that she was real and not just the object of one of his many erotic dreams about her. 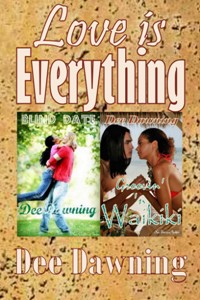