Tucker Bolen considers himself a renaissance man of the thirty-first century and balks at society’s rigid cultural practices. After purchasing and using a reincarnation reader, he not only connects with his past entities, he also suffers their bid to surface and claim his soul. A collector and explorer, one of the entities leads him on a quest for dragons and a journey that ultimately leads to the greatest magic - love.

Cari Barock fears many things; never finding love, an assassin bent on taking her life, and dragons. When a stranger from a distant planet arrives, she if forced to face all her fears. With her special Deliphit powers, she helps Tucker with his quest, never realizing that she is the key to unveiling his true powers. Will she sacrifice her heart so he can save her world? 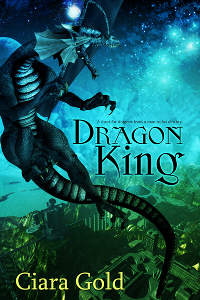 Her eyes widened. Zan Dane had encouraged this stranger to seek her out? “Why does Zan Dane trust you so readily? Have you done something to him?”

He scratched his head and lifted one brow. “You have a vivid imagination. Your chief doesn’t trust me at all, but he trusts his instincts. For a man in his position, that’s a handy ability to possess.”

“Did you surmise all of this from reading Zan Dane’s thoughts as you did mine?”

“Beware.” She narrowed her eyes. “I won’t allow you or your friends to abuse my people. I don’t know what you’re really after, but hurt them, and I will make you wish you’d never met me.”

It didn’t matter he knew her secrets, knew what she was capable of. It didn’t matter she hadn’t yet figured a way past his body shield; she had ways of using her powers that could make his life a living hell.

His expression turned sour, and he pushed away from the fence. “No wonder you have enemies.”

She clutched the throat of her demeset. “What makes you think I have enemies?”

“Someone wants you dead. I’d say you have at least one enemy.”

“Who told you?” But he didn’t have to be told. He’d read her mind. She’d tried to keep information blocked, but her efforts must not have worked. She sucked in a deep breath and exhaled. “Have you told anyone else?”

He had a point there. As a stranger to Mioisiad, he’d yet to make lasting friends. Hopefully, he didn’t plan to stay long enough to stir emotions. Still, she didn’t want her problems bandied about. At present, only Thorman, Dane, and Chelian knew of her problems. If others on Mioisiad heard about her difficulties, they would treat her like selentic crystal, a fragile creature in need of protecting. The stifling thought caused her stomach to turn.

“I hate your knowing so much about me.” She worried her hands and paced. “This day has gone poorly. First you and your friends arrive, forcing my curiosity to get the best of me. Next, you read my mind without permission, gleaning private information. Then, my best friend disowns me for betraying his trust and rightly so. Now, I discover I must beg your silence.”

He tilted her chin with his forefinger and peered deep into her eyes. And I’m thinking I wish I knew even more. 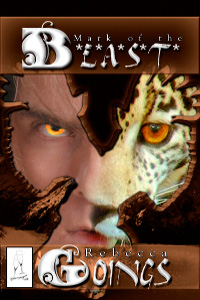