A stranded wolf. A cougar shifter to the rescue. Can the magic of one Christmas cure both their pain and loneliness?

Exhausted and injured, Jason is driven as a rogue wolf right into the arms of Lyndon, a man that by all he knows, he should never reveal his heart to. Yet when patience and compassion prove size can hide the heart of a gentle giant, a wounded Jason begins to heal. And to love again.

Snow fell in thick-flaked flurries, the windows iced in the corners in splintered patterns. Christmas carols played in random order from the CD disks Lyndon had inserted in the stereo. He loved the traditional carols, Bing Crosby being among his all time favorites.

The evening grew dark with early night, and he sat in his favorite rocker reading in front of the fireplace. He’d learned to dismiss the derision at appearing like an old man because of his holiday habit. No one else had to know, and honestly, no one else did. Since his father died, he had no family to see, and doing more for Christmas than the small tree in the corner and enjoying the calm quiet when he was snowed in, just didn’t appeal to him.

But then again, most cougar shifters were solitary people to begin with. They didn’t congregate at huge family reunions. They were family oriented, but more of a nucleus family, not the in-laws’ cousins’ fourth removed and the subsequent divided tree limbs of family.

Tilting his head, he closed his eyes, catching the woeful howl of the wolf pack. Their songs bounced over the snow, keen and clear. He listened until it faded, then like a loop, started again. Except, their howls had changed, became hard, aggressive growls.

He sat up. That wasn’t like them, and they sounded very close.

Standing, he set the book in his hand on the mantle and walked to peer out his window. Limping out of the trees, he saw the blurred form of a wolf, hobbling.

The howls started again, and this time it was a hunting cry.

He knew the poor creature on the snow was the harried game. Grabbing his heavy jacket by the fire, he leaped into his snow boots, strapping them down, listening to the wolves’ cry.

He darted through the house, leaving by the side door of the mudroom, circling back around, searching the tree line where he’d seen it. Gray dusk made the snow seem even thicker as it fell, but he could just make out movement yards ahead of him.

The animal had stopped, though streams of steam proved it still lived. He didn’t recognize this one from his studies, and he’d catalogued over forty-five different wolves in the local packs. His home, an old look-out cabin, sat nearly on the border of their two territories, so every now and then, he actually could watch both, but for the most part, they avoided each other’s land.

Cutting through the snow, he listened, the howls coming closer. His hands were beginning to chill, and he stuffed them in his pockets, his fingers digging, but coming up empty. No gloves. He remembered. They were on the shelf drying out from his last foray outdoors. Couldn’t be helped, he was halfway to the panting animal.

Gray eyes focused on him as he neared. It didn’t attempt to escape, it didn’t snarl, and it didn’t become defensive. It laid there. Studying it as he drew closer, he knew this one wasn’t one of the wolves from either pack. He could also see what the problem was. A bloody paw was packed with snow and debris.

“Poor baby,” he murmured. “Found an old trap, didn’t you?” Cautiously, he eased his way forward, its gray eyes staying focused, yet its demeanor never changed. His brow furrowed. “You can’t be a wild wolf. You’d have tried to take my head off by now. I hope you’re not a release wolf that hasn’t found his footing.” He’d have to radio the conservation center when the storm blew over to see if this one resembled one of their release wolves.

A snarl whipped his attention over his shoulder. Three sets of eyes. Pissed off eyes glared at him. He growled low in his chest, hissing. The wolves were completely confused, tails in the air, full battle gear locked and loaded.

Not turning his back on the three, he crouched and gently lifted the animal from the cold snow. It hung limp as a rag in his arms. “Definitely not wild,” he breathed, the words forming as clouds in the bitter cold. “All right, let’s see what we can do about your foot.”

He had to take the chance to turn away from the watching trio to get back to the cabin. Golden lights soothingly glowed through the frosted glass window in the front. The wolves that had been chasing his cargo stayed behind in the trees, sharp snaps and punctuated growls voicing their displeasure as he took away their game.

But they didn’t follow him. The wolf’s forefoot was a mess. With a glance, he hoped it was really only packed and not badly injured. It would be a shame that a release wolf would have to be reclaimed because of an injury like this. Nudging his way into the mudroom, he used a shoulder to secure the door then laid the wolf on a pile of summer rugs.

It whimpered once as its body settled. Gray eyes closed. Taking a quick inventory, he realized there wasn’t a tag on this wolf anywhere. Hm. Not a release wolf? He stood slowly, still being cautious with the animal, but it seemed absolutely unconcerned with its eyes closed, resting, to anything Lyndon might do.

He slipped from his jacket and hung it on the peg near the door, doing the same with his boots, ready for him on the floor.

Now, he was definitely curious and concerned about the wolf before him. Not a release wolf, but way too docile to be a wild pack wolf. Lyndon couldn’t remember any like this one, ever.

Kneeling, he lightly touched it, waiting for a reaction, but all it did was open its eyes. “You aren’t wild, are you?” he asked quietly. “Is that why they were chasing you? Because you’re not wolf?”

It raised its head with a jerk, startled eyes sharpening and focusing on him.

“Thought so. You don’t have to shift if you don’t want to. I know it’s uncomfortable when you don’t know where you are, and the injury won’t shift well with you. If it helps, I’m not going to hurt you. I’m a researcher. A cougar shifter with an affinity and divine love of wolves.” He smiled warmly. “Okay, before I talk you to tears—casualty of living alone during the winter—let me see if we can get your paw cleaned up.” 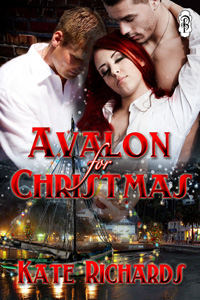