Peter Kalin was born and raised at Beaux Arbres, his father’s plantation in the Northern Neck of the Commonwealth of Virginia. When it was discovered that Peter liked to sleep with men, a predilection frowned upon by elite society, Beauregard Michael Kalin had only one recourse. Disowned and banished, Peter Kalin purchased a small farm of his own and unwittingly became a stationmaster on the underground railroad system.

As any man, Peter could not predict where his road in life would lead, his path often determined by the decisions of others… the family patriarch, a man selling his farm, a rebellious slave, a parish minister… Robert E. Lee or President Lincoln. This is the story of Peter Kalin as he navigates his own road in 1850’s-60’s America. 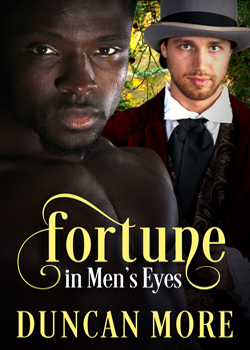 How his farm had become a station, he didn’t know. Shortly after he bought the farm, just before dawn a woman knocked on his door. She asked for Mrs. Davenport and was shocked that she was no longer living there. She apologized for the intrusion and started to leave. But Peter did not return to his bed. Instead, he watched the woman sneak four people into his barn. He followed them, and when he entered, they were not to be seen. When he discovered a few bales of hay pushed aside in the rear of one of the stalls, he spied a trap door.

“Y’all better come on up out of there,” he shouted when he flipped it up. Slowly the woman and four strong ebony men emerged. They stood fearfully in a clump, not because Peter had caught them, but because his dog Rufus was at his heels and his teeth and fangs were bared. “Y’all are runaways, aren’t you,” he asked rhetorically. “You come a long way?” he inquired with a change in his tone.

“Not since yesterday morning. Just some berries we found right before sunset.”

“I’ll be right back in a bit with some food for you.” He returned to the house and gathered some bowls, spoons, a large pot of freshly-made oatmeal, and some dried beef. “Here. You need some nourishment. Can’t have you on the run and starving. You can get milk from the cow. Anyone chasing you?”

That was five years ago. Since then, many groups followed the drinking gourd to his farm. All Peter asked in return was that they dig out a little more of the underground hideaway. He added some rough beds so his guests didn’t have to sleep on the ground, and always kept enough food handy to make sandwiches for his over-day guests. At night he gave them the directions to Caleb Ross’s, the next station on their route north.

“Massuh Peter, Massuh Peter,” shouted a raspy voice as fists pounded on his door one September morning barely past sunup.

He opened the door to find Rastus, the Negro butler from his father’s plantation.

“My, you looking like a fine young man. Maryland doing you good, Sir.”

“Rastus, what are you doing here?”

“Delivering a present to you from yo’ daddy. Here’s his papers. You now own him.” He stepped aside, and there, standing in leg irons and handcuffs was Bahu. “Seems your daddy just found out who it was that made you want to like men. He was going to cut his thing off and then hang him as an example in case there were others who liked the same thing. I suggested he send Bahu to you instead. I mean, Bahu is basically a good man and a hard worker. And you did like him. I may not have approved of what you guys did together, but I think yo’ daddy’s ideas of punishment are a little harsh.”

“How did Daddy find out?”

Hopefully His (MM)
Shawn Lane
In Shelf
$2.99
Tweets by
sirenbookstrand