Jaden Walker runs a pawnshop. Not the most world-altering job, for sure, but she does get to meet an incredible variety of people. Most of them are cool. But occasionally, she gets the other kind. Frustrating, annoying, you know the kind.

So, when tall dark and dreamy hassles her, even his drop dead gorgeous blue eyes may not be enough to win a place in Jaden’s good books. When she finds out why he’s really there, Dan Fenton was lucky she didn’t kill him.

They do say road to romance isn’t always a smooth one. These two are the epitome of that statement.

The tall, dark-haired man standing in front of Jaden Walker was infuriating. Working in a pawnshop had its ups and downs, but this fellow was making life miserable and from the smile on his face, he was enjoying every moment of it.

“No, I can’t take this,” she repeated, eyeing the game system he’d sat on the counter between them. “It doesn’t have the original box, no instructions and one of the cords is missing. There’s no way I could sell it, if you don’t come back for it.”

“But honestly, I’ll be back in a few days. I just need a few dollars, enough to fill my gas tank so I can get to work.”

“I’m really sorry, but my boss would strangle me if I did.” Jaden crossed her arms firmly. Jack could be a pain to work for, but she needed the job and it really wasn’t such a bad gig, usually.

The man’s shoulders sagged, admitting defeat. His collar-length wavy hair curled around his ears and over his eyes. Blue eyes, she noticed and bit back a sigh. She had a weakness for blue eyes, and as much of a pain in the butt as this guy was, he was definitely not hard to look at. His red plaid shirt was unbuttoned at the neck, leaving enough room for a little of his chest hair to peek out. Worn blue jeans stretched tight over thighs that bulged, and a bulge that she dared not think about only added to the frustration of having to say no to him.

After the past half hour of wrangling with him, when he gave in, it was if he knew, right from the get go, that he’d lose the battle. He leaned across the counter and whispered, “You’re going to hate me, but I’m Jack’s brother, Dan. He asked me to come in and razz you. Says he’s sure one of you is taking money from the cash register.” 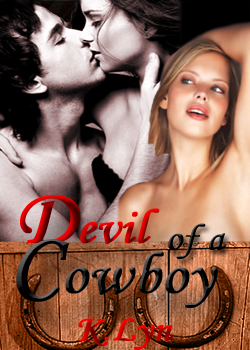 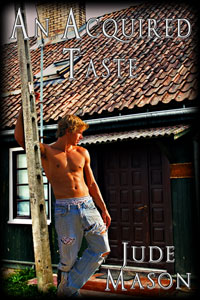 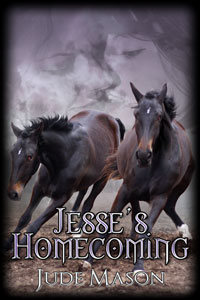 Once in a Lifetime (MF)
Sam Crescent
In Shelf
$3.99
Tweets by
sirenbookstrand