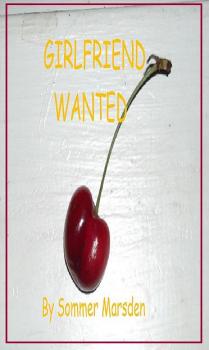 Heat Rating: Sextreme
Word Count: 7,351
1 Ratings (5.0)
BDSM Contemporary Erotica Fiction
In Bookshelf
In Cart
In Wish List
Available formats
PDF
HTML
Cover Art by Sommer Marsden
Reviews
Very well written. There is some errata that could be corrected with editing, but nothing to detract from the hot and sexy scenes. Approx 12 pages but there are 4 scenes that are so well written, I felt like I was there - in the bathroom, the living room, the back alley. Definitely a must-read. I'm not into dressing guys up as girls but the sex....yowza - wickedly hot and descriptive. It's all about the sex :-)
JustMe
Read more...
Excerpt

We ordered pasta. Don’t ask me what kind, I haven’t a clue. It was white and the sauce was red. So was the wine. I ate and drank and talked to Jack who was now my pink Jacqueline about so much and nothing all at once. I learned he loved football and hated hockey. He adored jeans but loathed corduroys. He did own boots but they were (thank god) not cowboy boots. He liked Stephen King, Charles Dickens and Robert Frost. He also preferred vanilla to chocolate, but strawberry trumped everything. Oh, and he adored to have his cock sucked. You would think that would be a no brainer but you’d be surprised.

An elderly woman at the next table looked like she would swoon when she overheard us but her queen of a son only laughed and batted his eyelashes at me. He didn’t even seem to be trying to figure out what the deal was with me and Jack. Jack who was flirting coquettishly and making eyes like a pro. Good for him. And thank god. He was really getting into it.

The queen flirted back until his mother whacked him with her laminated menu. The red tassel on the spine swinging indignantly. He laughed, I laughed, Jack laughed. Mom wasn’t laughing. I turned from the biddy and lengthened my leg. I lowered my foot and found the bulge under Jack’s skirt with my stockinged toe. I had dressed very fancy and girly myself. I wanted it to be two stunning women out on the town.

Jack jerked, his face flushed brighter red under his baby doll rouge. His pink lips bowed into an ‘o’ of surprise and my mind flashed to those painted lips sucking my clit. Wrapped around the hard erect nub of flesh and suckling me hard until I came and pulled his dark sparkly hair. He read my mind and licked his lips. His tongue nearly as pink as his lips. I swallowed a moan and ran my toe up his cock until he wiggled in his seat.

“I think we need to visit the ladies room,” I said.

Under it all, he was a man and a look of confusion flashed over his garishly painted features. Then the look cleared and he nodded. “Lead the way, Em. I could use with a potty break.” And then he tittered like a school girl.

I couldn’t help it. I chuckled out loud as headed to the bathroom.

I practically pushed him through the door and then wormed my way into the tiny bathroom. It was roughly the size of a phone booth and painted a red so bright it was blinding. And a bit disorienting in such a small space. “I--”

I didn’t let him finish. I kissed him hard, shoving his pink skirt up around his slender boy hips... 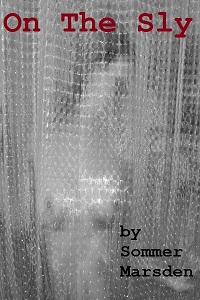 On The Sly
Sommer Marsden
In Shelf
$0.99