Alex is in shock, having just met and left the Goddess Tefnut, who claims to be her daughter. She leaves Cairo to meet Grace’s extended family and finds all of her aunts enslaved to an unknown entity. Can Alex free Grace’s family?

Alex keeps battling the impossible. How can one resolve having a daughter who is over two thousand years old? Relationships evolve, getting more complex as the inner circle continues to grow. Alex returns to Los Angeles with Grace. Will their love for each other survive the temptations of their old lifestyles? 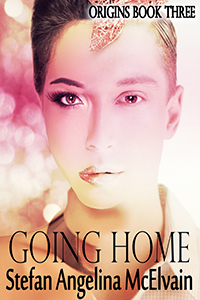 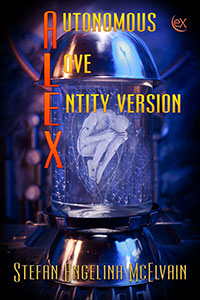 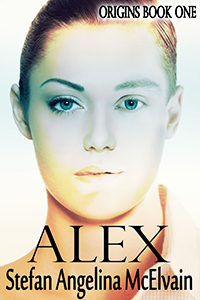 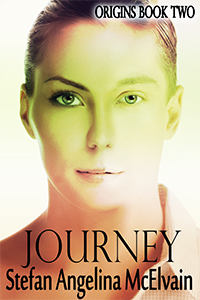 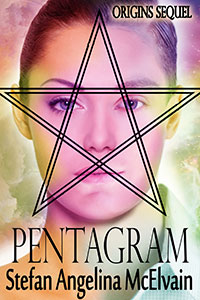 Grace and I walked slowly in total silence, back to our hotel in Alexandria. I was in complete shock. I had just met someone who looked like an Egyptian Goddess. She could have been my identical twin and claimed to be my daughter. Grace held my hand the entire way. I’m glad she did. I needed that contact. Her touch kept me grounded.

We entered the hotel. I was still shaking. I turned to Grace and said, “I don’t want to go to our room, not just yet.”

I slumped onto a stool. Grace sat by me and again took my hand. The bartender approached, smiled and asked, “What can I get you both?”

Grace answered for the two of us. “John will have a gin and tonic. I’ll have a glass of white wine. Do you have a Chardonnay?”

“Can you charge it to our room?” Grace dropped our room key onto the bar.

The bartender quickly brought us our drinks. I sat there nursing my gin and tonic.

Grace smiled at me and said, “A penny for your thoughts.”

It brought a smile to my face. “I can’t have a daughter who is at least as old as I am. If we are to take her literally, she’s at least three thousand years old. I’m not even twenty-five. My brain just screams at that, but part of me is saying it’s true. This internal conflict is killing me.”

“You don’t have all the facts. Ask her to join us when we fly to Bucharest.”

I had been thinking just that. Yes, that was the answer, and circumstance would reveal all. I looked up from my drink. “Grace, yes we’ll do just that. Bartender, could you bring me a pen, paper and an envelope?”

He disappeared for a few seconds, came back and handed them to me.

“Thank you,” I said, first addressing the envelope to Tefnut with To be collected. Then I penned a note.

We will be departing from Cairo in a couple of days for Bucharest. Please join us on our trip. Until then, we’re staying at the Grand Pharaoh, Zamalek district, Cairo.

I signed it Alex, aka John Smith, folded the paper and put it in the envelope. I turned to Grace. “Done. I feel better already. A decision has been made. Let the chips fall where they may.”

Grace hugged me and said, “Let’s go to bed.”

We dropped off the letter at reception on the way up to our room. The next morning we drove back to Cairo. Carina was totally confused and had no idea what was going on. We had just arrived in Alexandria, no sightseeing, and yet we were now leaving.

Sheer luck, we checked back into the Grand Pharaoh hotel and got the same two suites we had vacated just a day before. It was as if we had never left. Maybe what happened in Alexandria was all a dream, but I knew better. As soon as we had settled in, Grace could see I wanted time to assimilate all that had happened. She took Carina’s hand and said the magic words, “Let’s go shopping.” After they had stopped hugging, they left.

Will, sensing I needed space, said, “I’ll drop off the rental, ma’am.”

Even when I’m dressed as a male, which is almost one hundred percent of the time these days, I was still ma’am to him. “Thank you, Will,” I replied.

Once I was alone, the Nile caught my eye, and I wandered out onto the balcony, watching the river meander along as it has done for many thousands of years. I sat down and stared at the slow-moving water. My eyes felt heavy. The rhythmic movement carried me away into a deep meditative state.