For as long as Violet Robinson can remember she has been in love with her best friend’s older brother, Brendan Archer. But she is only ten years old, and he breaks her heart by rejecting her, just before moving away.

Eight years later, Brendan knows he’s got to keep an eye on his sister and her best friend, Violet, when they move overseas for college. He has always felt bad about breaking Violet’s heart, but he was tired of her following him around. He wasn’t interested in little girls.

Only, Violet’s no longer a girl. She’s a woman. Now he wants her and knows he can’t have her. Or can he?

In a different country, Violet misses home. The only constant in this new place is Brendan. Being around him awakens all the feelings she’s been trying to deny. Falling into bed is a big mistake, but fall she does.

Brendan knows what a gem he’s found, and he feels damn lucky that she now belongs to him.

But what will happen when he finds out she’s pregnant? Will he be her prince charming now, or will he turn his back on her?

Everything had now changed.

He wasn’t going to let her get away from him.

Nor was he going to let anyone else steal her away. He knew what he wanted, and that person was Violet.

Kissing down her neck, he sucked on her pulse, loving every inch of her as she shook beneath him. He couldn’t get enough of her and wanted to consume all of her. He just knew her pussy was going to be tasty.

He placed a hand on her knee, sliding it up beneath her shorts, and he found her naked pussy, a small patch of curls covering her lips.

He pressed a finger between her slit, feeling her shake.

“That feels good,” she said, breaking from the kiss.

He stroked around the entrance of her cunt, finding that sweet spot that would have her melting for him and him alone. Plunging in deep, he felt how tight but also how wet she was.

Adding a second finger, he heard her moan, the sound deep and guttural before he added a third, stretching her pussy.

“How many men have you been with?”

“I wish I was your first. I should have been your first.” He claimed her lips once again, drawing his fingers back to tease her swollen clit.

She thrust her pussy up against him, whimpering as she did.

He felt how needy and desperate she was.

“Good.” He pulled away from her pussy. Staring into her eyes, he licked his digits clean. Her eyes were dilated, and she ran her tongue across her bottom lip. She looked sexy.

Brendan wasn’t done, and this wasn’t about torturing her.

Pulling his shirt up over his head, he tossed it across the room without a care where it landed.

Releasing his belt buckle, he slid his pants down.

“You’re not going to go slow for me?” she asked.

“There’s a time and a place for slow. Now’s not it.” He pushed his boxer briefs down his thighs, wrapping his fingers around his cock. Running his hand up and down the length, he stared into her eyes.

Violet only held his gaze for a few more seconds before she looked down his body, and then she bit her lip.

“Are you worried that I won’t fit? Don’t be. We’ll fit perfectly.”

She got to her feet, and he watched as she removed her shirt and shorts. She stood before him naked and proud, her curvy body a temptation.

“I’m not a little virgin, Brendan. I know what I’m doing.” She stepped up close to him, wrapping her fingers over his as she held his cock. “Do you think you can handle me?”

If that wasn’t the sexiest thing he’d ever seen.

Violet was a temptation, and he intended to explore every single part of her.

“Go on then, babe. Show me what you’ve got.” It was a challenge as well as an invitation. He was curious to see exactly how far she’d go. 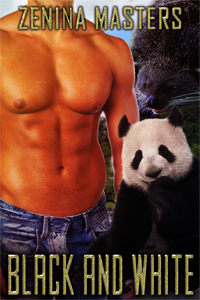 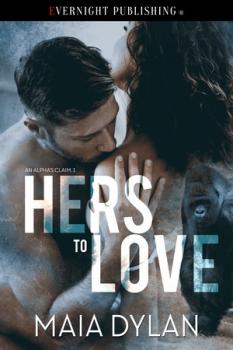