Jonathan and Rafe Wilkins-Campbell have just bought their dream home. They thought it was a place they could both settle and enjoy the good life.

Strange things begin to happen during the renovation, inexplicable events that defy logical explanation. When things finally get back to normal, Jonathan and Rafe enjoy getting wrapped up in the chaos of settling into their new home.

However, all is not what it seems, and The House on 16th Street and its inhabitants have their own idea of how things should be. Jonathan and Rafe find themselves trapped within it, victims of the house’s every twisted need, and they will need every fiber of courage and determination they possess to make it through.

Her gaze locked on the young, frightened boy who lay face down, helpless, on the dirt, the booted foot of the man standing over him placed in the middle of his bony, malnourished back. She heard snickers from the people surrounding her, and someone’s grunt from behind made her skin crawl. The group pressed in, getting closer to where she stood. But she couldn’t look away from the boy. His pleading, tear-filled, swollen eyes turned her way and struck her in place.

The woman shivered at the sneer in the man’s voice. Slowly and with great trepidation, knowing she had everything to lose and nothing to gain should she ignore him, her gaze looked away from the boy and met the speaker’s gloating face.

Her vision narrowed as she watched the man reach down and gently take hold of the boy’s shoulder-length, black hair. With a sharp twist of his wrist, the man yanked it up until the boy had no choice but to tilt his head back and up, baring his neck. He quieted, but his tears continued to fall, as his resigned gaze locked onto hers, rendering her speechless.

Her silent scream went on and on and on…she wanted to scream it out loud, but she couldn’t.

She knew she shouldn’t.

“I’ll let him go. Now that we have you, we won’t need him.” The man threw a supercilious smile her way, revealing blackened teeth. His contempt clear in the cruel glint in his eye and the curl on one corner of his lip.

Dread rising, she looked around her, confused when the other men surrounding her laughed and hooted in glee. They were so loud, but she dared not say anything. She shouldn’t. She couldn’t. Before she could comprehend the meaning of his words, her eyes locked onto the evil-looking knife the man held against the boy’s neck.

The boy’s mouth moved in a silent whisper, begging her to help him, begging her not to move. Her gaze stayed with his even as the leader casually ran the blade across his neck.

The echoing sound of her scream woke Bridgit to reality. Shaken and confused, she sat up. Frantic, she looked around her small bedroom, her heart hammering so furiously she could hear it beating. Tears fell unchecked down her face before she realized that it had all been a dream.

Thank you, Lord! Oh, thank you!

The bed dipped beside her, and with a faint flick of a switch from her husband’s side of the bed, light flooded the room. A gentle hand stroked her arm.

“Hon? You okay? Had that bad dream again?”

Bridgit looked down at Ross lying beside her. Even half asleep, he looked tired. In the dim light, she could clearly see the dark circles under his eyes. Every single night, since they’d moved into the house two weeks ago, moved halfway across the world to this god-forsaken place, she’d been plagued by the same recurring nightmare. Not only was she losing sleep, but Ross’ sleep was also being affected. That didn’t sit right with her. Ross deserved a good night’s sleep as much as she did. She didn’t voice her misery, instead leaned over, kissed his forehead, and ran her fingers through his damp hair.

“You go back to sleep, it’s still dark. I’ll go and take a shower and try to cool down. I think it’s just the heat trying to kill me,” she said lightly and with a soft chuckle, not wanting to alarm him over her petty problems.

Although her hometown of Tucson, Arizona was hot, she found the climate in the Philippines a little more difficult to adjust to. Not only was the heat blistering, but it was also very humid. Every night, without any air-conditioning system, her sweat-soaked cotton nightdress stuck to her body, making it impossible to have a relaxing sleep. To make matters worse, the thin straps felt like they were cutting into her skin. Again, she didn’t say anything to Ross. She’d known there would be a lot of traveling involved when she’d first married him, and her mother always told her to expect and respect the discomforts that came with the travels. Also, she knew it wasn’t her place to question his decisions. When he’d agreed to take up this assignment to help spread the word of God, she’d made sure his transition into the church there had been flawless.

Bridgit’s smile fell when she saw that Ross had fallen back to sleep. Knowing he’d have to get up in a few hours to teach Sunday School to the local children before taking on his pastoral tasks, she tamped down on her disappointment. There were times when she resented Ross’s detachment from her feelings, but she had no blame in her heart. She knew who she’d married, and her mother had always told her, men like Ross and her father had a bigger purpose in life, bigger than any woman’s role in their lives. If that meant her sacrificing her comfort, then she must. Releasing a soft sigh, she pushed her thoughts aside and slowly got up from their bed and left the bedroom, quietly closing the door behind her.

While a part of her was slowly getting used to the recurring nightmare, another part felt both horrified and sad. She closed her eyes and tried to erase the feelings of horror and fear. It was hard to un-see the look of hopeless terror on the young boy’s face. She told herself it was nothing but a dream, yet a niggling doubt made her think otherwise. For some reason, she knew there was something more to what she was experiencing, especially since it had all started as soon as they’d moved there. Into this house. 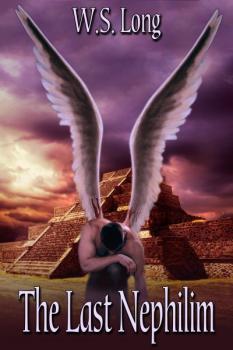