In modern Toronto, two vampires stalk the night, their hunting a game that is seductive and deadly. In a darkly compelling Goth Club, they find the prey they seek for their pleasures, and the night runs crimson with blood and unquenchable thirsts.... 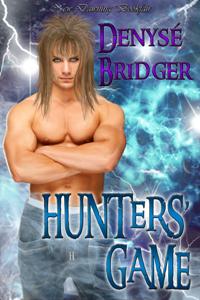 Mortal heartbeats were an undercurrent to the steady throb of the music that reverberated throughout the noisy club. Youth…wild and insolent with the deluded certainty that they were immortal and untouchable. A cool smile curved his thin, cruel mouth, though none who might have witnessed the expression could ever have understood the source of his macabre humor.

He toyed with the glass in his hand, long tapering fingers stroking the smooth surface, remembering her skin. He looked at the young people who drifted through the room, each locked in their own worlds. They played at death and immortality, but the truths would terrify them.

A soft, breathless whisper drew his attention outward, and he looked down into the simulated death-masque of a girl who could have been no more than twenty. Her desire was naked in her hazel eyes and he caught her wrist as she reached out to touch him. Amused in his dark, decadent fashion, he lifted the slender limb he’d captured and stroked a caress over the throb of life that pulsed rhythmically beneath the pale surface of her skin. She watched in rapt fascination when he bent over her wrist and he heard, distantly, the gasp of pain and pleasure as razor-edged fangs pierced her vein and he drank. The explosive force of her sudden climax reached him through the taste of her blood, and he licked the tiny wounds he’d made, healing them instantly.

“Would you like to dance?” A glimmer of irritation and shock in her tone now that he refused to look at her further.

“No.” It was curt, a dismissal. When she was reluctant to accept the obvious suggestion, he permitted himself the luxury of inciting fear.

Ancient, odd-colored eyes flickered with golden fire, and she gasped. This time there was no pleasure in the sharp intake of air.

Seconds later, he was alone once again.

But she was getting closer. 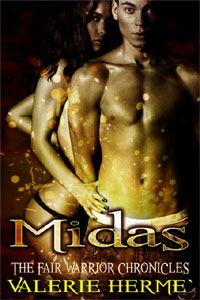