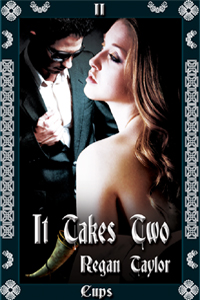 “Holy moly!” Kim Turner held the phone with one hand and scrolled down the menu bar of her computer with the other. “These pictures of Morgan are hot. We’re talking steaming off the screen scorching and make me wanna write hot and heavy erotica sizzling instead of plain ole women’s fiction hot. I wouldn’t mind having Morgan on a few of my covers. What does Q say?” she asked Karley Roberts, aka Dee Dee Deeds, on the other end of the phone.

“I haven’t heard from her yet. And you’re right, he is hot.”

Kim snapped her fingers, “That’s right, she and Derek are still off in Hawaii on their honeymoon, aren’t they? Have you heard from her?”

“Nope, not even a postcard.”

“Dang, that must be some honeymoon! Even Chris and I managed to send off a few from ours in Mexico and we didn’t live together before we got married.”

“Not to offend, but there is something about having a younger man in your bed…”

“Chris is not exactly over the hill you know.”

“I know, I’m not inferring anything of the kind.”

“Uh huh, you and hottie-pants Knight.”

“That’s what Amber calls him and looking at these pictures all I can say is, wow. He is going to be big.”

“Uh huh, it grew out of that day at the photo shoot. Even baggie jeans weren’t going to cover up that man’s gifts, that’s for sure.”

“Ahem, I meant in the modeling world. Nicole said something the other day about Morgan having the kind of face and bone structure that even into his fifties would have him attracting attention.” Kim mentioned what their mutual agent thought.

“Glad I called you at work. I don’t think Chris would appreciate hearing you talk about another guy’s charms.”

“As long as I assure him his charms are more charming, he’s good.”

“You know, for as good as things have been with Morgan, there’s a part of me that wishes I had someone in my life as long as you guys have been together.”

“We’ve had our moments. Do you realize our twenty-fifth wedding anniversary is coming up?”

“Twenty-fifth? Gees, that’s amazing in this day and age. And you dated how long before you got married?”

“Chris took me to the my first dance in junior high so hmmm, let’s see, I was thirteen at the time and except for that six month mistake of a marriage I had with Sid, we never saw anyone else after that so hmmm, we dated five years and were apart about a year before we got married.”

“And they said it wouldn’t last.” Karley chuckled again.

“Well both our parents thought eighteen was too young to get married and effectively put a stop to our relationship. Then Sid came along on that big black motorcycle and swept me off my feet figuratively and literally. Talk about a whirlwind courtship. I still can’t believe I married him two weeks after meeting him.”

“I remember. None of us liked him and you wouldn’t listen. Talk about a major rebellion! My mom said you’d end up with ten just like you.” “And I ended up with none, proving once again I am a one of a kind. All I can say is I’m glad Chris never gave up on us and was there when things with Sid turned ugly. And do you know even with him in jail for the past twenty-five years and another twenty-five to go even with good behavior, not a day goes by that I’m not thankful Chris stuck it out. When it all happened, my mother had no doubt I had a bun in the oven. Boy was she surprised when a year later not a one grandchild appeared.”

“So thirty years later you two still have the chemistry. Amazing. Does it bother you?”

“What? That we’ve been together most of my life or that Chris and I never had any children?”

“No, not really. Sure Chris would love to have a miniature of him running around, but in reality, no. If we really need a kid fix, there’s always Amber’s and with the babies due any day now, we’ll have lots of face time with the others while she and Bruce settle in with the twins. Believe me, by time they’re all settled, we will have had enough of the slobbery and drool set to last us a year or more.” Kimmie’s sigh belying her words.

“Q said that having kids was a big concern she had about marrying Derek.”

“No big. I guess his brother has quite the brood and their cousins have a gazillion kids. You know, I always had this image of construction workers being these manly men who were part of the caveman set and wanted the little woman at home, making babies, while they did their thing. Derek sure shattered that idea. He’s all man, but he’s good either way.”

“Morgan? I’m not ready to go down that road. We’ve only been seeing each other a couple of months, you know? And once those pictures of him hit the airwaves, so to speak, he’s going to be major popular. Women will be stripping in the streets to get his attention.”

“They might be stripping, but he’s clearly a one man woman and you are that woman.”

“We’ll see. We’ll see. Anyway, my lunch hour is over and I need to get back to the grind. I’m glad you liked the photos.”

“Girlfriend, any time you want to show off pictures of your ultra buff, half-naked beau, I’m your girl.”

It Begins with a Rogue's Bite (MFM)
Jessica Frost
In Shelf
$0.99