Sam is the most sought after law school graduate in Florida. Rayne is the most sought after woman in Florida. He wants her, but there is one problem—she doesn’t even know he exists. For that matter, it seems that she doesn’t know anyone exists. It’s as though she’s hiding behind a door that stands between her and the rest of the world. When Sam knocks on that door, it’s like no one is home—so he just keeps knocking harder. 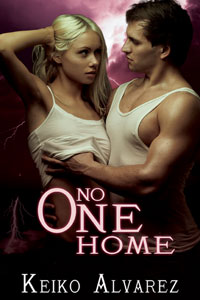 Rayne seemed to hesitate. She stood bolt upright and appeared to be scanning the beach.

Sam, his heart instantly broken by her plight, stammered, “Oh, no, Rayne. I mean, everyone is different, right. Like, take me…”

“I see all these girls without tops, ” Rayne said. “Young girls. I don’t want to be different.” She reached behind her back, undid the latch on her bikini top and let it fall to the blanket. “There, ” she said. “Now I’m just like all the other girls.”

She reached her arms over her head and stretched, flattening her small breasts over her chest. As her nipples pointed skyward, she said, “I feel better now. Thank you for taking me here, Mr. Sam.”

Sam was flabbergasted. His mouth felt dry and his heart felt like it was going to burst. He reached into his cooler, yanked out a bottle of water, took a big gulp and said, “You’re welcome.” Handing her a plastic bottle, he said, “You…you’d better put on some suntan lotion, ” he said. “With your fair skin, you should be sure to cover all…”

Rayne looked out over the ocean, poured lotion into her palm and began to spread it over her body. She started with her face and worked her way down, her breasts slipping through her oiled hands and glistening in the sun after the lotion was applied. Spreading more lotion on her hands and bending from the waist, she applied it to the front and back of her thighs. All Sam could do was stare at the tiny black bikini bottom being stretched to its limits and pray that his cock didn’t make his bathing suit explode from the pressure it created.

“Oh…uh…sure, ” Sam stammered. He had to close his eyes while he applied the lotion for fear that, if he looked at Rayne, his hands would wind up finding their way to the front of her body. “Will you…will you put some on my back?”

“Okay, ” Rayne said. He died a thousand deaths as her hands wandered across his back. He fantasized that she would spring to life and reach under his bathing suit to spread lotion on his cock. He fantasized that they’d go into the ocean and fuck like two wild animals. He imagined how hot and wet her pussy would be when he slammed into her.

However, when she was done applying lotion, she handed him the bottle and sat on the towel, leaving him to spread the slick liquid on the rest of his body. He sighed, stared at the hundreds of sexy young women strutting their stuff on the beach and wondered why he was torturing himself so.

Sam suddenly remembered why he was torturing himself. He felt that he was getting closer to Rayne every second. When his fingers entwined with hers his heart pounded in his chest. “Let’s run in, ” he said. “It’s the best way to overcome the cold.”

They ran together. Rayne’s breasts, as small as they were, nonetheless bounced with every step she took. The plunged into the water head first and, when she popped up from under the waves, she yelled, “Wheeee!”

Sam lost control. He grabbed her around the waist, pulled her body hard against his and pressed his lips to hers. When he pulled back, she was once again looking at him with her normal blank stare. Then she ducked under the water, popped up and yelled wheeee again while Sam tried to remember if he had ever felt so idiotic in his life.

He held her hand and led her back to the blanket. As though she wasn’t beautiful enough when she was dry, her wet hair hanging over her shoulders gave her the look of a movie star. Sam was close to passing out when Rayne said, “I’m cold. Look at my boobies. They’re so hard! Feel them, Mr. Sam.” She took Sam’s hands and placed them on her breasts. “See what I mean?”

“Your penis, Mr. Sam. It’s hard. I can see it under your bathing suit. If you want, you can ask me to put it in my mouth. I’ll make it get soft.” 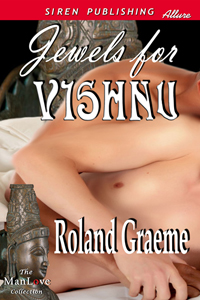