College students Callie Read and Haines Bennett rub each other the wrong way. And that’s the way they like it. But there’s an undercurrent of sexual interest that has their mutual friends betting that it’s only a matter of time before they’re doing it the right way.

But after a typical Friday night partying at the local campus pub, Hainsey takes is upon himself to teach Callie a much needed lesson about teasing the wrong guy. For her own good, of course.

But tying her up while she’s passed out, he takes things a little too far.

The next weekend Callie retaliates, getting even and giving Hainsey some overdue instruction of his own. The proverbial tit for tat.

Can they bury the hatchet and call it even or have they effectively ruined an already precarious relationship with their raunchy one-upmanship? 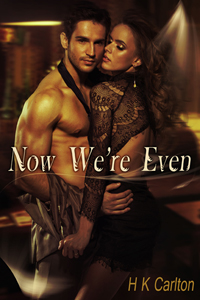 Haines Bennett thought he was God’s gift to women. Callie couldn’t stand him. Every time he opened his big mouth, she wanted to jam her fist in it. He was loud, rude, crude and disgusting.

Haines cut in between Callie and Deb, throwing a big arm around each woman.

“Hey, girls. How are we this fine evening?”

Callie ducked out from under his hold and moved to the other side of the billiards table. “We’re great, Hainsey. Where are Tag and Kristie?”

“They’re out in the parking lot arguing about coming here every Friday night, as usual.”

“I don’t know why they don’t break up already.”

“‘Cause they enjoy fighting, that’s why,” Haines answered. Taking a handful of peanuts, he tossed one into his mouth.

“What’s up your tight ass tonight, Callie?” Hainsey asked, narrowing his gaze on her.

“Don’t start with me, Hainsey, I came here to have a good time.”

“I could show you a fantastic time, baby. Loosen you up a little.” He grinned cockily.

Callie rolled her eyes. “Find some new lines, Haines, your material is tired.”

“Never,” he replied, now smirking at Deb whom he still had his arm draped over. “You’d sleep with me, wouldn’t ya, Deb? Oh, wait, you have.”

“Whoops, sorry, babe, mum’s the word,” he laughed, placing a finger over his mouth.

Callie shook her head in disgust. The group of them had kind of made the rounds with each other in the beginning, bed hopping, when there were a whole lot more of them than this core of six who remained. Then they started to break off into pairs. Deb and Craig and Tag and Kristie. The new joke among the friends was that Callie and Haines were next. But it would be a cold day in hell before that happened.

“As a matter of fact…” Deb began but was quickly interrupted.

“You weren’t drunk the next fifty times, Deb,” Hainsey taunted. Boldly, he squeezed Deb’s breast, his arm still hanging over her shoulder, his hand right at the prefect height.

“All that and a gentleman, too,” Callie mumbled, with distaste.

“Zip it, Hainsey!” Deb swatted his hand away.