Noah Devlin, a long time agent for the Triad Agency, has received an assignment to track down and find an empath with ties to the Chancellor, the state's leader.

He undergoes Subconscious Transference to enable him to fulfill his mission. Along the way, he meets and falls for a rookie agent, Jared Whitmire. Will their new love survive after the assignment is over? 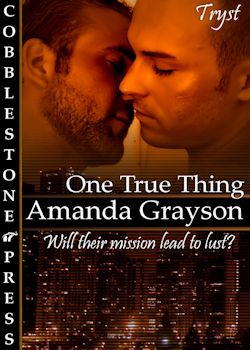 Noah Devlin pressed his back against the rough stone wall as he chambered a round in his weapon. His breath came hard and fast, the icy air pouring into his lungs. His pursuers were getting closer. He could hear shouts on the wind. He rested a few moments before he struck out again, keeping low and dodging from one clump of underbrush to the next.

“There he is!” Weapon’s fire followed the shout.

Noah dived for cover, burrowing into a hollow underneath a windfall of twisted tree trunks and pushing for the center.

“Where did he go?” one of his pursuers yelled as he ran past, the old leaves and branches crunching under his boots.

Noah froze, waiting for the man to move on. He didn’t breathe easy until the footsteps faded away. Seconds stretched into minutes. When there were no other sounds, he crawled out of his hiding place. The snap of a branch was his only warning.

He glanced at the sensor he wore on his chest.

“Fuck,” Noah muttered under his breath. He turned off his targeting sensor, powered down his weapon, and holstered it. “How did you find me?”

“You used that windfall once before, when you got Anders. I paid attention.”

“Well, you didn’t pay attention to your instructions. You were supposed to stick with your team, Whitmire. I suggest you catch up.”

“Yes, sir.” He snapped off a cocky salute before heading down the trail in the direction his team had gone.

Noah jogged back to base camp. Field training operations were standard procedure for the agency commonly known as the Triad.

Raymond Marucci, the commander of this maneuver, came out of the headquarters tent. When he spotted Noah, he started chuckling. “Who got you?”

“Whitmire,” he replied with a scowl. “The boy’s good. I’ll give him that.”

“Definitely one to keep an eye on,” Marucci said. “I was going to send someone out for you anyway. You’ve been recalled to headquarters.”

“Not sure. Eyes only, apparently.” Marucci tossed him a set of keys, which Noah caught. 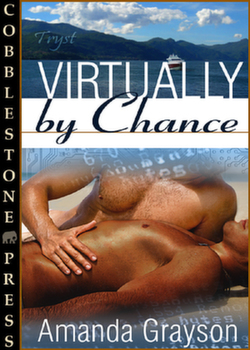