Lio Paikai is adjusting to both his new, extremely passionate relationship with his lover, Kord Ashley, and his status as 'Ailani, the reincarnated, loyal warrior who fought for the last king of the Hawaiian islands Oahu and Maui. Having severed his ties with his mother, Kalani, Lio grows closer to his father and his new family, but Kalani won't leave them alone.

Violating a restraining order of protection, Kalani is arrested. Hours later, when Lio accompanies his stepmother to a birthing class, a strange woman falls from the sky landing on the hood of his SUV. Old wounds, old curses and the demand for retribution threatens to destroy his entire family. Lio must uncover the identity of the fallen woman and soon learns her heartbreaking connection to his mother and the damage it has caused Kalani her entire life. Lio must right an ancient wrong and appease the old island gods that demand an immediate Pālehua: blood sacrifice. 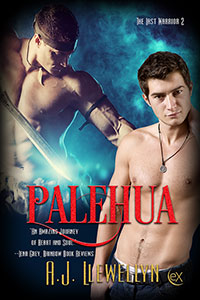 More From The Last Warrior 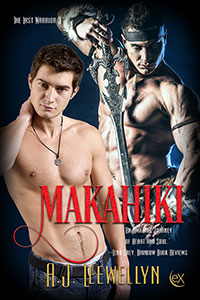 “We, ah…do you mind stepping into the interview room with me?”

The detective led us inside. It wasn’t pretty. The windows had bars, and the place smelled strongly of bleach. We sat on one side of the table; he sat on the other.

He had a manila folder on the table. Not like Criminal Minds, where everything was on computer. He opened the file and slid a strange-looking photograph toward me. It seemed fake, not real. I figured it had been cobbled together via a computer program.

“Do you recognize this woman?”

She was young. Asian. Her face was open and honest. One eye a little higher than the other, but I’d learned most people’s faces were a little asymmetrical.

He repeated the question.

“Neither do I,” my father said. He put an arm around me. “What’s going on here?”

“Well, what’s going on is that when we figured out your mother was in our system, we showed her this picture, and she became hysterical. She says she knows who this woman is.”

“She’d say anything to stay on the island,” I muttered.

“Well, that occurred to us too, but we had to make sure. You see, she claims this woman is related to you.”

“She says she’s your great-grandmother, who disappeared forty-five years ago.”