• Pondered the sexy history of pirates?

• Wondered how to put some sexy spice into your Halloween?

• Fancied a few tips on how to ideally, and sensually, play with nipples and breasts?

• Been curious about the very-kinky sex lives of famous people?

Internationally renowned erotica author and sex educator, M. Christian has navigated the sticky, sweaty, steamy and (best of all) fun world of sex to bring to readers both novices as well as the experienced to bring all kinds of playful, and essential, information to light. Even the most jaded of sexual player will find something in Pornotopia – and for the brand-new at sex play Pornotopia will be become an essential resource. 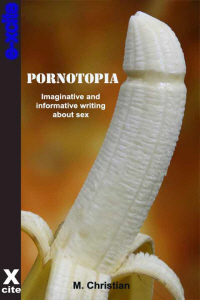 Enslaved by a King (MM)
Anitra Lynn McLeod
In Shelf
$3.50
Tweets by
sirenbookstrand