A heated romance was the last thing Ardan Boyle expected to find when he entered the United States for some downtime, but a chance encounter was all it took. Now in a heated romance with Brad Myles, an international businessman and artistic hopeful, Ardan believed he could swear off his old life, leaving his contract killing days behind him.

Unfortunately for him, the shadowy world he belonged to is not so easily denied and when the CIA comes looking for secret files compiled by Ardan’s late mentor, he’s compelled into action once again. Heading to the chill of Moscow, he must retrace steps made more than a decade earlier. Time is of the essence, as multiple intelligence organizations want what he’s seeking and they will kill to get it. If he doesn’t get to it first, not only will the people listed within be open for blackmail and possibly destroyed, but all hope of a normal life will be beyond reach.

I’ve never had a hard time leaving a place. My line of business made rapid departure a necessity. A true professional learned personal feelings were dangerous and regrets got people killed. As a result, I never owned anything of value I couldn’t carry in a backpack, never had a permanent address and never cultivated close relationships.

It was a miracle if I knew someone’s first name.

A lifetime of no connections made having one all the more difficult. The plane lifted off and my heart sank as if it were desperate to remain behind with Brad, to exist with the life I thought I deserved. I suppose I hadn’t quite earned it yet, especially if my past were going to crawl out of the shadows and hold me hostage.

Konrad was more than a mentor, he was my savior. When my unit was captured by the terrorists, I was convinced we were all going to die. Looking back on the situation, I never really understood why we bothered to surrender. The guys that took us were notorious for killing westerners in brutal, dramatic displays. Each of us would be used to prove how dedicated they were to their cause.

There were others in the camp with us. Americans, Russians, a couple of French nationals and a reporter from Canada. Soldiers and civilians alike, all of us there to technically help the region. Some of the indigenous people were happy we were there, but the extremists had a single sided view of us.

They called us infidels, murderers, and too many other things to even think about. Briefings were not enough to express how crazy these people were nor how serious they could be. We saw the videos of them decapitating people, but, from the safety of the barracks, it was just morbid shit on a TV screen.

I got to see it in person, day one at the camp really changed my perspective. Not just about the region or the fighting, but injustice as well. Dropping out of college and joining the army was supposed to have been a diversion, but instead it led me to a defining moment, a chance to change from a carefree child to an adult with a purpose.

My determination had to be what caught Konrad’s attention.

He started out a prisoner, but for a very different reason than any of us. Whatever clandestine shit he had been up to seemed to go south, but it turned out everything was going according to plan. Six months of trying to reach the insurgents through any other channels had failed, so he put himself in a position to get caught.

Risky, but it paid off.

The leader of the band could tell this guy was someone important. Not just another carcass to dice up for television and the Internet, Konrad was a valuable asset to be exploited.

I remember the whole situation clearly. We were all sitting in a cage, hands bound behind our backs. Konrad had been staring at me for the better part of the day, but I was too defeated to acknowledge him. I kept my eyes averted to the ground, willing myself to not be afraid, despite the futility of it.

Our captors dragged Konrad out just as roughly as any of the others. When he returned several hours later, he was no longer tied up, no longer roughed up like a prisoner, but, rather, treated as a guest. The guards were laughing and trying to show him things. The mood went from terrifying to surreal.

Konrad pointed directly at me. “Him.”

The guards said something in Arabic I couldn’t understand.

His escort shrugged and I was dragged to my feet and out of the cage. I had questions, but I was too busy swimming in hope to voice any of them. I looked directly into Konrad’s eyes and he nodded, as if acknowledging my silent appreciation.

The real shame of it all was how little I thought of those I was leaving behind. They were my brothers in arms, fellow soldiers whom I had been through a fair bit of shit with. None of them deserved the fate that befell them, but I sure as hell didn’t do anything special to warrant a reprieve. 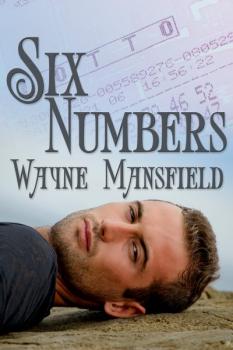 Paws, Claws, and Their Triple-F
Ellen Cross
In Shelf
$3.99
Tweets by
sirenbookstrand