A witch. A shifter. A blood-drinker. Three beings brought together by magic and destiny to prevent their people’s destruction. As they come together in love and need, they discover the secret to their enemy’s downfall.

Sex Me Down
Tianna Xander, Bonnie Rose Leigh
In Shelf
$3.99

Sex Me Out
Bonnie Rose Leigh, Tianna Xander
In Shelf
$3.99

Sex Me All About
Tianna Xander, Bonnie Rose Leigh
In Shelf
$3.99
All Books In Cart
All Books In Bookshelf
Excerpt

Jaynee Mikalosa stared into the dust-covered crate she’d just opened, engrossed in the book of spells before her. She couldn’t believe her find. Never had she expected to find an ancient, otherworldly spell-book in the unopened crate she’d purchased in this morning’s auction. All that should have been inside were ancient Romancer Tomes.

Cautiously glancing around at the people perusing her bookshelves, she pulled the tome from the battered wooden box and set it under the counter. It wouldn’t do to have that little treasure ending up in someone else’s bag.

She and her coven had attempted nearly every spell known to them to bring lovers into their lives. Maybe this book from another world held the key. She waited for the last of her customers to leave, turned her sign to closed, and bolted the colorful double door.

Gazing through the Illuma-glass she peered up at the triad moons of Carrillia. Somewhere out there amongst the stars was her mate and one day she would find him. She glanced through the Book of Shadows and excitedly scanned the faded pages into the data-station behind her customer counter.

What is Earth and where would I find it? She mused. Soon she came to realize it is what the ancient off-worlders called the ground beneath their feet. She looked down at the brown Shinosh and wondered if she would have better luck if she named it Earth for her spells.

What could it hurt?

Finishing her scans, she sent copies of the new book over the airwaves to her coven mates, so they too could begin their own rituals in their quest to find a husband.

For hours, Jaynee studied the book, looking for the perfect spell. Instead, she followed the instructions included on how to write her own. She’d never attempted that before. She usually played it safe, using tried and true spells that others had perfected. But this new book told her that sometimes spells worked best when designed by the witch who would use them. Turning off the lights, she carried the book to the stairs at the back of the shop and climbed up to her small apartment.

“Fire, earth, water and air, bring to me a man who cares.” She shook her head and grimaced.

Jaynee pondered her words, yawned and decided to sleep on it. How could she write a passable spell when she was so tired? Carrying the book with her to her bed, she gave a dejected sigh, knowing she would have to wait another month to recite it anyway. And she was never good with rhymes. It would take forever to come up with a good one. The moons would cycle this night, forcing her to wait yet another turn before the three would be in the correct alignment again.

What was one more month? It was nothing if she could finally bring her mate to her. Nothing. Still, she worried, her thoughts troubled as she drifted off to sleep. 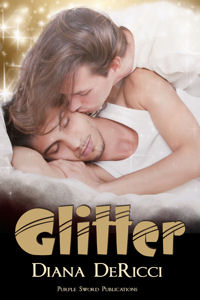