Colors of Sexy Every man wants Tommy, or so Tommy thinks. He is gorgeous, with a kickass body and a beautiful face. Tommy is also somewhat of a hustler, and doesn’t really want to work for a living. So far, living off of his good looks has worked for him. Tommy usually gets what he wants. When he meets Pankai, an exchange student from India, Tommy wants him immediately. This time, however, Tommy may get something that he is not expecting.

Teaching the Teacher Being new to this non-gay-friendly workplace is not easy for Cameron until he meets Mykel. Mykel is straight, but somehow knows or senses that Cameron is gay, and takes him under his wing, so to speak. Cameron cannot help but think of the endless possibilities of love and sex with Mykel. The man is gorgeous, with his blue eyes and silver and black hair. When Mykel needs someone to share a hotel room with him for an upcoming conference, Cameron immediately offers. Four days alone with Mykel is Cameron’s dream, but he wonders if it may turn out to be more of a nightmare. 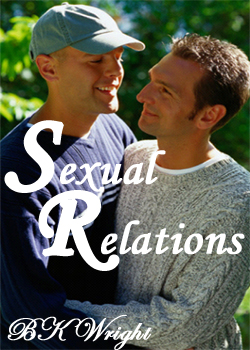 Pankai couldn’t wait for tonight’s party. He had been in America for a little over a year now. His roommate had invited a friend for him to meet tonight, and Pankai wanted to look his best for the American gay man. “Welcome to my home,” Pankai said, as the American named Tommy walked through the door. “Where’s Kel?” Tommy asked. “Preparing for our party. Why do you ask?” “Oh, no reason,” Tommy remarked. “It’s very nice to meet you, Tommy,” Pankai said, nervously. He wished his roommate would hurry and join them. Tommy looked at Pankai. He was very nice looking and dark skinned. Tommy then took a second look, which he rarely did. Pankai was better than nice looking. Pankai was gorgeous. This man, Pankai, may be as good looking as I am, Tommy thought, but didn’t dare let Pankai know what he was thinking. Pankai was very courteous to Tommy, and offered to take his coat.

Kel walked into the room then and introduced Tommy to Pankai, even though they had already met. “Hi, Pankai,” Tommy said again, somewhat sarcastically. “What would you like to drink, Tommy?” Kel asked. Tommy gave his drink order, but couldn’t seem to take his eyes off of the gorgeous foreigner.

Tommy ignored Kel. Kel wasn’t important to Tommy. Tommy’s eyes were focused on Pankai and his gorgeousness. “So, you’re from India,” Tommy said. “Yes, that is correct,” Pankai said, very politely. Kel immediately noticed the attraction in Tommy’s eyes, but wasn’t expecting it to be nearly as strong as it appeared to be. He wouldn’t have set them up if he thought Tommy might use Pankai as just another one of his boy toys. “Here you go,” Pankai said, handing Tommy his drink. “Thanks,” Tommy said, and actually smiled at the lovely dark skinned man. Kel continued to watch Tommy. He was well aware that Tommy’s charm and beauty were only skin deep. He also knew that Tommy had never been serious about a guy in his life. He was always looking for nothing more than a one night stand, or even a one hour stand.

Tommy slowly walked into Pankai’s bedroom, the bedroom that Pankai shared with Kel, and then turned around. Pankai smiled his biggest and brightest smile, and then locked the door behind the two of them. “You want to take off your shirt, Tommy? Kel keeps it quite warm in our bedroom. I think I will remove mine.” Tommy watched as Pankai removed his shirt, his dark nipples looking very enticing to Tommy even in the darkened room. He wanted Pankai, and Tommy felt his cock give a little twitch. Pankai was definitely not shy, and Tommy had had more to drink than he remembered. Pankai walked over to Tommy and started to pull his shirt off. “Don’t be shy, Tommy. You are too sexy to be shy.” Tommy couldn’t resist Pankai’s accent, and the seduction was too good to resist. Tommy lifted his arms so that Pankai could undress him. Pankai held Tommy’s shirt up until it covered Tommy’s face, and then he gently sucked Tommy’s nipples into his mouth. Shit, Tommy thought. His body was not expecting this, and he felt his cock begin to grow.

Mykel had been teaching at the school for twelve years when Cameron had arrived, but Mykel was unlike the other teachers. During the very first week of classes, Mykel and Cameron met in the faculty mailroom. Mykel had introduced himself, saying, “I’m Mykel Crow, and you are Cameron Stevens, the new humanities teacher, aren't you?” Cameron had nodded, but quickly corrected him. “I teach Latin,” he said, not knowing if he should be correcting this man. Mykel hadn’t seemed to notice being corrected. “Welcome to St. Swithens. Let me know if I can be of any help.”

“Thank you. I’ll do that,” Cameron replied politely, immediately charmed by the warmth of Mykel. In the overly reserved Eastern atmosphere of St. Swithens, this man named Mykel had somehow managed to retain the goodness of his Midwestern roots. He was in his late thirties, Cameron had guessed, though no one thought he looked his age. Mykel was tall and solidly built, with strong patrician features that made him fit right in here in New England. His hair was a beautiful black, or dark brown, and complemented very well a pair of intensely blue eyes. He smiled easily, showing perfectly even white teeth. Mykel was an immensely popular instructor at St. Swithens, or so it seemed to Cameron, and capable of making female students giggle by simply waving a friendly greeting or giving them one of his bright white smiles as he passed them in the hallway.

Mykel was quiet for awhile. “You know, Cameron, things are not so great right now at home. I’m surprised you haven’t heard. We could use the time apart,” he said, smiling a little. “I'll tell you more about it at the conference; that is, if you’re interested in hearing about my boring life.” “Mykel, I’m really sorry that you are having problems at home. You don't have to tell me any more than you really want to. But if you want to tell me about it when we’re at the conference, I’m all ears.” “Thanks, Cameron. I look forward to it,” Mykel said, and then left the cafeteria.

Cameron just sat there with his coffee cup and empty plate, trying to control his excitement. The prospect of sharing a hotel room with Mykel for several nights was unsettling and extremely arousing. At such close quarters, he knew he couldn’t keep his feelings concealed, and he wasn’t sure he could keep his hands off of Mykel. He wasn't sure how Mykel would react if he realized that he had been lusting after him since he had joined the faculty. 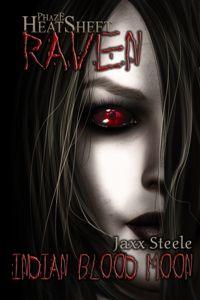 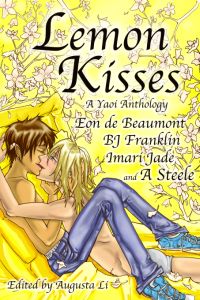