Surrender To His Proposition (MMF)

Surrender To His Proposition is Volume 5 of the Surrender Series, which continues the story of Surrender Inc., an exclusive sex resort / club franchise where the elite go to play.

Maya O’ Bannon is a college student who just wants to follow in her father’s footsteps and be a teacher, but her life is complicated by her older brother’s MS diagnosis and mounting medical bills. Through her best friend, she secures a job as a nanny to reclusive tech billionaire Isaiah Jackson and his husband Sawyer. After she stumbles in on the two engaged in BDSM play, Isaiah and Sawyer offer her additional employment as their sex mistress. Can Maya win these men’s hearts and fill the void left by their dead wife, or will another woman come between them?

Surrender To His Proposition (MMF)

“Maya, could you come here?”

My brother’s voice sends a shiver of anxiety through my stomach. I know he’s trying to sound calm, but something is wrong. I dash off the couch and head into his kitchen. There I find him gripping the counter, blinking hard. His face is tense and he’s disoriented.

“What’s wrong?” I go to Xander and put an arm around his shoulder.

My heart knocks harder in my chest. “Let’s get you to the couch.”

I help him walk the short distance from the counter into the living room, then help him ease down on the sofa. Sweat beads his brow and worry ages him.

One month ago, my brother was diagnosed with relapsing remitting multiple sclerosis. It’s the most common form of the disease, and it involves relapses, or attacks, where his neurological function worsens. These are followed by stages of remission, where the disease seems to almost melt away. But then a new attack occurs. They figure Xander’s had it for about ten years now, but because he’s one tough bastard, plowing through most of his pain and hiding it, the doctor’s only recently discovered he had MS. That and the disease is difficult to diagnose. The diagnosis came after my brother went temporarily blind while driving. A scary episode for him, his wife, and their two year old.

“That’s it, Xander,” I say, peeking at Josh’s playpen to make sure he’s still asleep. “I’m getting a second job and moving in here with you and Patty.”

Marooned with the Millionaire (MF)
Sandra Bunino
In Shelf
$3.99 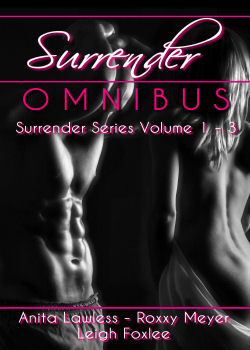