Chase is at odds with his father, a full navy captain, who rejects him for being gay. His father, trying to satisfy a personal vendetta, absconds with a highly advanced experimental stealth submarine in order to sink ships owned and operated by a ruthless drug kingpin. To identify those, his oldest son, Erik acts as a mole at their point of origination. Discovered, Erik is murdered. Chase, in an attempt to win his father’s love and acceptance, agrees to replace Erik as the mole. Not at all the hero type, he quickly realizes the potentially lethal situation in which he has put himself. Still, he manages to carry out being the mole successfully.

As the operation progresses, Chase meets and falls in love with an enigmatic British man who keeps Chase at arm’s length and who, ultimately, Chase feels has betrayed him. At the conclusion, after withstanding physical torture, feeling horribly used by so many and not having the grit of the usual hero, Chase returns home on the verge of a nervous breakdown. His brother Beau comes to his aid. In a desperate attempt to win Chase’s love, the Brit slogs through a hellish winter nor’easter in New England to find Chase and convince him of his love—but will Chase be able to forgive him? 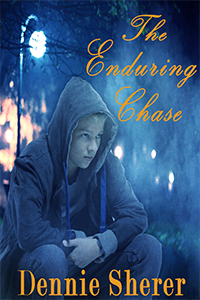 Chase Everett Vandette was that odd son...that different son...the not-like-his-two-brothers son, the physically slight, but with-much-spunk son. In the face of rejection by his father, whose love and acceptance he craved, he placed himself in extreme danger. Despite the merciless beating he’d just experienced, he whispered triumphantly, “For you, Ecky.”

Chase lay on a dock at the notorious Ojos del Diablo holding his groin, trying to soothe the torturous pain. Jimmy Falbertson had won that round, but he’d had the final laugh. Virago turned and pointed north. He heard a gunshot and sat up, horrified.

As Virago chugged away, he felt glad he had switched someone’s heroin fix for baking soda. Let whoever it was suffer. Those bastards treated him like shit. Suddenly, there was turbulence and thrashing in the water. It turned blood red. A corpse—Jimmy Falbertson’s—was rapidly disintegrating, being torn to shreds and devoured in a school of piranha’s feeding frenzy. He might have hated Falbertson, but this was horrific.

A few minutes later, Madre Maria eased against the dock. The crew moored her. Chase jumped aboard, thinking his part in his dad’s operation was done, finished.

Unfortunately, Manuel Ortega had not told him everything. 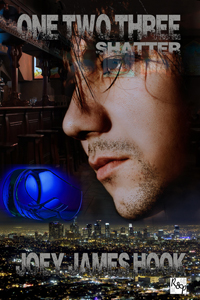