An erotic novel by best-selling author K D Grace. In appreciation for a job well done, STELLA JAMES 's boss sends her a pet – a human pet. The mischievous TINO comes straight from THE PET SHOP complete with a collar, a leash, and an erection. Stella soon discovers the pleasure of keeping Pets, especially this one, is extremely addicting. Obsessed with Tino and with the reclusive philanthropist, VINCENT EVANSTON, who looks like Tino, but couldn’t be more different, Stella is drawn into the secret world of The Pet Shop. As her animal lust awakens, Stella must walk the thin line that separates the business of pleasure from the more dangerous business of the heart or suffer the consequences.

"The Pet Shop will blow your mind!" - Night Owl Reviews

“I loved The Pet Shop. It was so well done that I could hardly wait to turn each page. Of course the sex was delicious, but the background story, the premise of The Pet Shop, and the magic between the various characters was much more than just delicious sex. Great job bringing me something completely different to read.” 5/5, Manic Readers

“I liked The Pet Shop. The story is hot hot hot with multi-dimensional characters and a plot that is a bit mysterious… a memorable experience.” – BookingIt Reviwes

"What made The Pet Shop such an outstanding story was that, besides the scorching hot erotica, it was still an exciting story with intelligent characters and so much emotional substance which is quite rare in erotica novels. One of the hottest stories I have ever read, a definite Forbidden Favorite." - The Forbidden Bookshelf Reviews 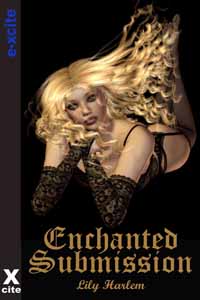