The Promise of Silk

An airship pirate who ran away from his soul crushing London life, finds himself at an infamously decadent carnival out in the English countryside. A fellow pirate does his best to convince him to go and sample the lovely women of The Row, but Buck isn’t sure he ever wants a woman again.

The Promise of Silk

A small white hand appeared to one side of the tent flap and pulled it aside. The masked woman stood, still and silent, with the red silk of the tent flap draped over her arm. She said nothing.
She did look like a demon now, with deep shadows carved into the ruches of her dress by the far off carnival lights, her mask rising over her head like devil’s horns. Buck hesitated under her stony gaze, and then, with a gulp, he stepped out of the light and into the black interior of the tent.
A spicy, sweet smell filled his lungs the instant he stepped inside. He wondered why he hadn’t been able to smell it from the outside but continued in, shuffling carefully in the darkness. The woman walked behind him, the fabric of her dress making a soft sound as it moved over the ground.
“Who are you?” he asked. She didn’t answer. There was a light scraping noise and a match flared in the darkness, illuminating her face and throwing the edges of her mask into sharp relief. She lit a candle, shedding light on nothing more than a stretch of red silk and the corner of a table, then stepped forward and lit another candle, bringing a muddled shape of something standing on the table into view. She walked farther into the room, lighting another candle every few steps. Buck stood by the tent opening, heart throbbing as though he were still running. Bit by bit, the room came into view.
A rug was spread out over most of the bare ground, grass peeking around the edges of it. A large wooden box sat on top of it, occupying the entire middle of the tent. A small wooden vanity, with a large round mirror attached, stood against the back wall, directly across from the box. A few trunks were neatly arranged in a corner. The table with the statue of the woman on it, incense burning in front of it like it was an Eastern idol, was near the tent entrance.
The Red Lady stood across from Buck, eyes drilling into him just as they had at the pub.
“Tell me your name.” Her voice was soft, deep, and steady. It was like a river speaking.
“Buck.”
She tilted her head, the corners of her mouth tipping upward in contrast to the dripping points of her mask. “Tell me your real name.”
“Alaric,” Buck admitted. He hadn’t used it since that last day at the factory. Alaric was a clerk and a doormat. Buck had some status, even if it was only among criminals. He had gone out of his way to make sure none of his fellow pirates ever found out he wasn’t called Buck. Not that pirates bothered about a man’s real name.
The Red Lady’s expression returned to blank beneath the mask.
“What’s your name?” Alaric asked.
“I haven’t decided what you’ll call me yet.”
His heart beat picked up again, and a tremor started in his legs.
“Why did you follow me here, Alaric?”
He shrugged, not sure of the answer. “Well…this is The Row isn’t it?”
“It is.”
“And you’re a woman on the Row right?”
She didn’t reply. Alaric felt his face heating, a faint prickle starting in his cock despite it. This was worse than in China, when that beautiful girl pretended to react to his clumsy fumbling and then tried not to laugh when he paid her for an hour and only lasted a handful of minutes.
“Look, my ship’s just back from a long tour. I can pay you.”
“We’ll see,” the Lady said, a small smile quirking her lips up. “You’ve accompanied a prostitute before?”
“Of course.” He pointed at himself with a touch of bravado. “Pirate.”
The Red Lady let a silence land there, stretching out before him.
“Just once.”
“It didn’t go well.”
Now she was reading his mind. He should go, simply turn around, leave, and never see a prostitute again. Maybe she really was a demon. Maybe the mask was hiding the demon parts of her face.
His mind was trying to move his limbs, turn his feet, push him out the door, but his body was entranced. The tremor in his legs climbed up to his groin, making him very aware of the way the dim candle light moved across her rounded body.
“No.”
“Why didn’t it go well, Alaric?”
His mouth was starting to go dry. His hands were beginning to shake.
“She laughed at me,” he told her, dropping his eyes to the floor.
“Why?”
“Because I…I couldn’t,I didn’t…,” He stopped, gulped, wondered again what magic he had run across.
“Look at me when you speak, Alaric.”
He lifted his gaze up from the pattern of pomegranates running along the border of the red rug and met her shadowed eyes.
“I couldn’t.... I barely got inside her before….”
The Red Lady didn’t reply. Alaric suffered a terrible moment of fear she would throw him right back out of her tent and let him find a lower class prostitute who would welcome a quick trick like him between the carnival crowd.
“Fortunately, that won’t be a problem here,” the Red Lady told him, a smile spreading over her red lips. “Undo your trousers, Alaric." 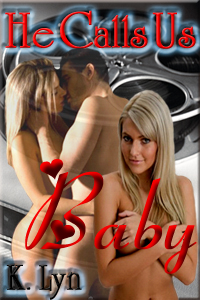