In the name of writing a sizzling hot and believable romance novel, author Fatima Wallace needs some extra special research to make sure she gets it right.

The hero in her new novel is handsome, charming... and incredibly tall. What's a girl to do about getting the sex scenes right if she doesn't have a lot of practice with a really tall man?

Enter best friend Ivan Butler. Ivan is handsome, charming, very tall and... ludicrously similar to her leading man, down to the birthmark on his neck. But even as her knees weaken, Tima insists, it's all in the name of research! 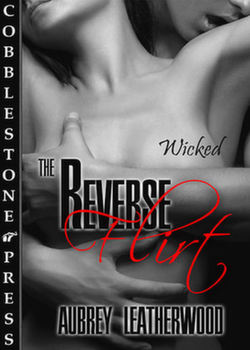 He smelled so good. The man loved cologne, always something mild, something earthy, not overwhelming, just perfect and alluring and sometimes Fatima Wallace forgot to listen to what he was saying because she got seduced by the scent and watching his lips move… even when he was exasperated.

“Because you are the only freakishly tall man I know, that’s why. Elephantitis of the bones, y’know.”

“Ivan,” she whined. “Please. You know I always research my writing thoroughly.”

“How much research can go into writing romance novels?”

She scowled at him. “A lot if I ever want to be a bestselling romance novelist.”

Ivan Highbridge, an arrogant electrical engineer and her best friend ever, hadn’t taken her writing seriously until the past year. Now that she actually supported herself with it, he respected that it was indeed a real job, but he hadn’t let go of the need to tease her about it.

“Now, are you going to do this for me?” she asked, again.

“No, I will not allow you to practice sexual positions with me even if it’s, as you say, ‘fully clothed and without being awkward or anything,”’ Ivan retorted.

“I don’t want to practice them. I just want to get it right when I describe them in this book. You know I always do the sex scenes last. And it wouldn’t be awkward.”

“Hell yes, it would. I don’t give a damn how long we’ve known each other.”

“No, it wouldn’t! Besides, I’ve watched you have sex with a girl before, and that wasn’t totally weird or—”

“That was like ten years ago at the FAMU homecoming. And that was only because we all ended up splitting a room, which was your fault. On top of that, I was tore up from the floor up.”

“What do you want me to say, Ivan? I was still a virgin. I was curious.”

“You might have been a virgin, but it’s clear you were already a pervert.”

She blew a long stream of air between her lips before she hoisted herself out of the deep recliner with broken springs. Her butt was almost on the floor, but she kept it because the chair was her first ever furniture purchase, which made it sentimental. Plus, it was too comfortable for her to get rid of or—apparently—get out of. Ivan came over to help her out of it as she put up a very unladylike struggle in her short sundress. Tima slapped his hand.

“Ouch! You always passing licks,” he commented. “You’re gonna be mad when I start passing them back.”

Tima licked her tongue out at him then turned to head toward the kitchen. When she felt the hairs rise on her neck, she whipped around quickly. “You may not slap me on the ass, Ivan.”