The Publisher's Proposal (FFF)
D.F. Krieger, Sonia Hightower
In Shelf
$3.99
All Books In Cart
All Books In Bookshelf
Excerpt

Sylvia chuckled as she ran her fingers down the front of the other woman’s dress. The fabric whispered under her fingertips, reminding her of Katia’s skin. She slid her hand to the side, pausing over a breast, before tracing a finger in a circle over where she bet Kat’s nipple was. “Do you want to be spanked?” She allowed her tone to take on the husky sound that often went hand in hand with her state of horniness.

“I...” Katia licked her lips and shifted, obviously experiencing conflicting emotions. “I’m still not sure about spanking. It felt good but...”

“Shhh.” Sylvia placed a finger on the lush, pink lips that she wanted so badly to bruise with kisses. “I know what you need, Kitty Kat. I’ll make you purr.”

She took Katia’s hand and led her to the bed. The structure was large and sat high enough to give her exactly the angle she needed. With coaxing pressure, she bent Katia over the edge of the bed. Sylvia loved the way Kat’s dress flirted with the bottom of her round, firm ass. It brushed the tops of the back of her thighs like a black butterfly testing cream-colored roses.

Without warning, she laid her palm across Katia’s rear in a gentle smack. The woman emitted a soft gasp of surprise, but didn’t struggle. Pleased, Sylvia did it again and again, making each smack a little harder than the last. A part of her wished she’d brought her paddle, but another part enjoyed the silk against her palm. The way it slid higher and higher.

When she had Katia panting, Sylvia slid her hand between the sub’s thighs and inserted a finger into her pussy. “Oh my, Kitty Kat, you are a spigot down there. I’ve never met anyone who could turn the water works on like this.”

“I think I understand now,” Katia said with a whimper. “I understand it isn’t about pain, but about the trust to take each other past certain boundaries.”

Sylvia shook her head. “Oh no,” she said as she inserted a second finger. “You don’t understand quite yet.”

With those words, she began pumping Katia harder. She allowed her other hand to wander to her waist, down her band, and under her panties. When she slid her finger inside of her, it was like an earthquake shook her entire body. As if sensing her orgasm, Katia screamed out as well, her pussy clenching Sylvia’s fingers.

As they stood there, panting, Sylvia removed her hand from Katia’s sopping pussy. She went to the bathroom, washed her hands off, then filled a cup with cold water. Katia sat on the edge of the bed when she walked back, looking shaken and uncertain. Sylvia handed her the water.

After Katia took a few sips, she closed her eyes. “Thank you,” she whispered.

“Now,” Sylvia said as she caressed Kat’s cheek, “you understand.” 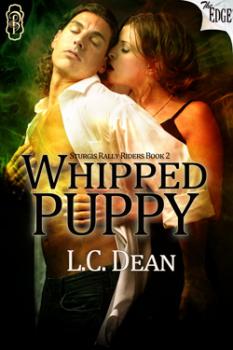