Elhara Warder has spent her life surrounded by the warmth of friends and family. Meeting a demon by chance at her local bar surprises her, but when he takes her on the most romantic dates of her life she feels herself falling for his considerable charms.

Solar has lived his considerable life span waiting for a woman whose sexual fantasies would not cause his body to shift into her ideal man. When he meets Elhara Warder, his glamour is stripped and she sees him as he is. To his shock, she does not run from his demonic features but rather speaks to him as if he was one of her own kind.

He wants to get to know her better and when she agrees to start meeting him during the daylight they start a relationship that surpasses any he has ever known.

The moment that they commit, a succubus takes action to destroy their happiness, but can Solar recapture what was lost when Elhara loses all memory of him, or will starting over do the trick?

Heat Rating: Steamy
Word Count: 17,989
2 Ratings (3.5)
Fantasy Paranormal Erotica Fiction
In Bookshelf
In Cart
In Wish List
Available formats
ePub
Mobi
PDF
HTML
Cover Art by Matine Jardin
Reviews
I enjoyed the idea she used of the girl who's dream man is just him self. I did not like that it was so short. Not much of the romance got developed.
goldenplum
Read more...

“Good evening, miss. What is a lovely and charming creature like you doing alone?”

She turned to face her admirer from earlier. He was smiling, showing white, even teeth.

“I am sitting here and thinking.”

He raised a brow. “You can think in all this?”

The noise pounded, people jostled tables and the occasional shouting fight broke out. Her personal wards kept it all out. She could hear it but only as background noise. “Of course. Can’t you?”

Her lips quirked in a smile and he reached out to touch her hand.

The moment he made contact, two things happened. The first was that he shifted from tanned to red with burning black eyes. The second was that her wards thickened into a physical presence instead of a static field.

He immediately released her, looking at his tanned hand in shock as he resumed his previous appearance.

Elhara grabbed her purse. “Please excuse me. I have to go.” She got to her feet and made a beeline for the door without looking back.

A demon. She had run into a demon in her local bar. What were the odds that another paranormal would be hunting in this area?

She walked quickly to her car and fumbled with the keys. In the window of her vehicle, she saw the male from the bar closing in on her. He was red with black eyes and hair in the reflection, but when she whirled to confront him, he was the human aspect.

“Why are you following me?”

He looked her up and down. “What are you?”

She glared at him. “I believe that that is my question and I asked a question first.”

The moonlight lit on his dark hair, coating it in silver. He cocked his head. “My name is Solar.”

She gathered from his waiting posture that he wanted an answer to his question. “Elhara Warder.”

Her name was explanation enough. Every paranormal creature in Realm knew what a Warder was and several considered them the lowest form of talent. With only one trick in their arsenal, it was up to the Warder to create barriers between or around anything. The form depended on their personal proclivities, but the result was the same. No one was getting to a Warder with her guard up. 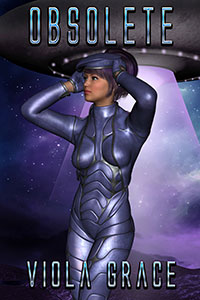