Anna Fortier’s heart tumbles head over heels for the head coach in her gym. His gruff demeanor toward her suggests he couldn’t care to give her the time of day. Determined to get over her crush, she devises a plan to tell him how she feels, and free herself once and for all.

Taras Volkov moved to Canada from the Ukraine to further his education and career. He didn’t factor into his plan falling for Anna—a coach under his command at the gym.

When Anna makes her feelings for him known, he chooses to reveal his secret desire for her. As they explore their new personal relationship, they are faced with one crisis after another. Will their hearts tumble together, or will their romance fall short?

This book was previously published. It has been re-edited, re-formatted, and re-released.

More From Love and Balance 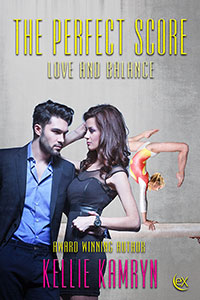 “I’ve had it bad for you since the day we met, too,” she admitted. “I teased you and flirted, but you never noticed.”

“Oh, I noticed.” He shifted her closer to his hard cock.

Butt wriggling, she shifted in his lap and laughed. “You always seemed angry with me.”

One fingertip drew a line over her cheekbone. “I am sorry if my coldness hurt you.”

“But this isn’t wrong, right?” She snuggled closer to him, burying her head under his chin.

The hope in her voice stirred the lust in his loins. “I suppose not.” His fingertips drew circles up her leg to the side of her knee under her skirt. “We have much to talk about. Is this something you want?”

Her body trembled, breathing quickening, as he continued tracing flower patterns on the outside of her thigh. He needed to take this relationship slow and make sure Anna communicated with him every step of the way.

She never broke eye contact with him, and he liked her bold stare. He moved his hand higher up her thigh until he caressed the side of her butt. Her pupils flared, and her breath caught, but she made no move to stop him.

Splaying his fingers over the flesh of her ass, one eyebrow rose when the edge of her barely-there underwear tickled his pinkie finger. The heat of her centre radiated toward his hand, beckoning him to dip inside her well and sample the waters.

Taras froze, heart pounding, lust racing through his veins. They played a dangerous game, and it wouldn’t take much to convince her to do a lot more than they were doing now. He wanted her bad. His cock ached for her, but he was too much of a gentleman to take advantage of her affections or state of arousal. The need to protect her would always be strong.

He leaned in and nipped her bottom lip. He would show her what it was like to be with a man. No way would he do anything to hurt her or make her run from him. He’d make sure she stayed in his arms for a long time. “Anna—you must promise me something.”

Breathless, she asked, “What’s that?” 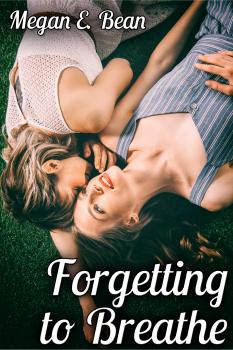 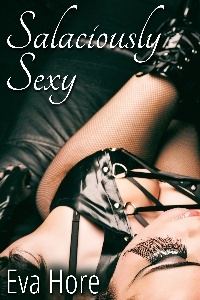