Silas has returned to Earth after living in space for nearly ten years. He doesn't expect much except for bad memories of the surfing accident that injured him and convinced him to work as a cyborg for the government. But back on his old beach, he finds a sexy man named Peter who helps him to remember what he loved about the waves.

Grains of sand tickled Silas’ feet. He smiled at a sensation he hadn’t felt in nearly ten years. After the cold, sterile steel of the ships and space station he’d lived on, even the wet sand clinging to his toes felt nice.

“Bring back memories?” his sister Annelie asked. She took a step closer to the water. The ocean rushed around her ankles.

Silas nodded. A salty breeze blew off the sea and rippled his long-sleeved shirt against his chest. A little boy played by the water. The boy stared at him, tilting his head in confusion before going back to filling his bucket with sand. Silas knew how out of place he looked, standing on the beach in long pants and a sweater.

Silas huffed a laugh. “If I had known…”

“Hey, we all thought Grandma was on her last legs. Just be happy she got better. Now you get to relax on Earth for a few days. Enjoy the beach!” Annelie pointed at the ocean. “Just don’t drown with those heavy cyborg arms of yours.”

Silas sighed inwardly, but played it off by giving his sister a friendly shove. She stumbled a few steps away, laughing. “Get out of here, will you?” Silas said with a small grin. “Let me enjoy the old beach in peace.”

“Not so old. Not for those of still living here, like Grandma.” She waved and headed back up to the grassy dunes that marked where the beach met the boardwalk. Soon enough, she disappeared, leaving Silas alone. She had a plane to catch and a family to return to.

He watched the waves roll in and out, taking a few steps closer so they washed over his feet. Pinpricks of cold flowed up his legs, made worse by the cuffs of his pants that clung to his legs as they got wet.

He should, by all rights, be out on the research station on Europa. But a message from home had come in, and he’d gotten a week’s leave to see his dying grandmother.

His grandmother, who right now was in her beach house, dying for another piña colada. Thank goodness for modern medicine, quite possibly the result of experiments carried out on cyborgs like him.

Of course, modern medicine had made him a cyborg in the first place. He clenched his fist, the metal hidden by the glove. This hadn’t been his first choice. But after what had happened, it had been a good one.

He should head back. A week wasn’t all that much time in the grand scheme of things, and he should spend as much as he could with his grandmother. But instead of returning, he walked on, his steps heavy on the squishy sand and his feet slowly going numb from the cold ocean water.

At one time he’d loved the ocean. He tilted his head back, sniffing the salty air that carried a musky tinge he hadn’t smelled in years. Everything in space was sterile. Gleaming metal walls. Controlled, recycled air. And a constant, cool 68 degrees.

Here, cool air combatted the heat of the sun beating down on his body, which in turn competed with the frigid water. Any swimmer would likely have to wear a wetsuit. 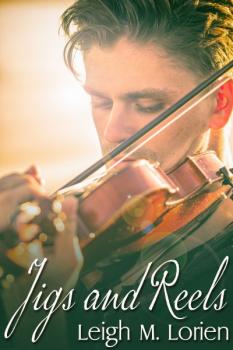