Kiria Martin will do anything to get just the right angle for her paintings, including trespassing on someone else's property. But when she hikes up Ansel's mountain, she finds a lot more than what she came for. Ansel White is the star of a local wildlife show. He'll do anything to protect what's his. When that includes Kiria, sparks fly as her free spirit rebels under his watchful eye. But he has an idea how to make her behave--and he's not above spanking her. Will she ever learn to listen to him on their outdoor explorations? Or are their worlds too far apart to ever merge? If you love romance or nature adventures, you'll love this full-length novel! 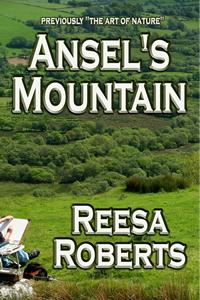 "Timber rattlesnake," Ansel said, lightly caressing its side with the stick. "Sleepy, too." He gently stroked its head, and then began to pick it up under its belly with the rod's hooked end. It suddenly came alive, wriggling and writhing, its tail rattling furiously. Ansel deftly grabbed it behind its head.

Kiria had fled the rock the moment the snake began to move, and she stood looking up in awe at Ansel and his prize. He jumped down, laughing, and held the snake against the side of the boulder, stretching it between his two fists, belly-side exposed. The tail end continued to writhe and rattle loudly.

"Get the measuring tape that's hanging on my belt loop," he told her. She unhooked it and held it out to him. He looked expectantly from her to the snake and then back again.

"You want me to measure it?" shuddered Kiria.

"No, I'll do it," he blithely replied, and let go of the snake's tail to reach for the tape. Kiria jumped back, squealing, as the squirming serpent brushed against her arm.

"All right, all right, just hold it still!" she exclaimed, pulling the tape out of its case.

Ansel stretched the snake out again, and Kiria gingerly laid the tape against the rock, several inches away.

"Forty-one inches," he noted. "Now, get your syringe out."

Kiria stared at him in disbelief. "N-now?" she stammered, reaching into her pocket.

"Just stick it in there, between the scales, about a quarter inch deep."

Kiria swallowed hard and put one hand tentatively on the snake's belly. It was warm and dry, to her surprise.

She looked down at the syringe and pulled off its plastic cap, revealing a rather large steel needle. "Oooh..." she winced, staring at it in horror.

"Put the needle cap in your pocket."

Kiria mechanically obeyed, watching the shaking rattles and feeling noticeably faint. "I can't do this," she whispered.

"Look at me." She peered up at him as he told her, "You can do this. I know you can. I won't let you get hurt; just do it." As she stared into his blue gaze, she suddenly wanted to do this more than anything she'd ever wanted before. She wanted Ansel to be pleased with her. She felt his innate strength radiating to her, giving her courage.

She took a deep breath, put one hand on the snake, and touched the needle tip to a spot between its scales.

She pushed, but the skin was remarkably tough and the needle didn't pierce it.

"Oh, God," she exclaimed, cringing as she pressed down on the syringe. The needle suddenly popped through and buried itself over an inch into the squirming reptile. "Oh, I've stabbed it!" she squealed, on the verge of panic.

"Back it out a little and push the plunger in," said Ansel, his tone ever calm.

"Okay, okay..." she was vaguely aware that her voice was at least an octave higher than normal. She pulled it out a little, pushed the plunger in, and drew the needle out, backing up quickly as Ansel inspected the site.

"Good job," he declared, and tossed the snake a few yards away into the grass at the edge of the rocks. It slithered rapidly away, and Kiria found herself panting as she stood trembling in relief.

"Cap that needle before you stick yourself," he said, coming towards her.

Her hands still shaking, she carefully put the cap back on. Ansel wrapped his big arms around her. "You did great! I'm so proud of you!"

Kiria leaned her head against his chest, and then nothing mattered but the feel of his arms about her, the clean smell of his shirt, and the strong steady rhythm of his heartbeat against her ear. "Th-thanks," she muttered, "Now I can tell everyone I've shot a snake."

Ansel laughed and hugged her harder. Then he slapped her left buttock, let her go, and pulled a notebook from his pocket "Now, we'll record it."

Kiria stood frozen to the spot. Her bottom stung, and she didn't know how to react to his peculiar manner of congratulations. She felt like a running back who'd just scored a touchdown. She watched him write down the snake's species and length next to a serial number. 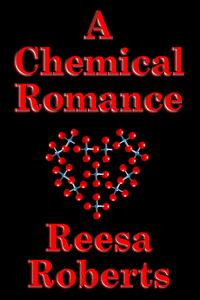 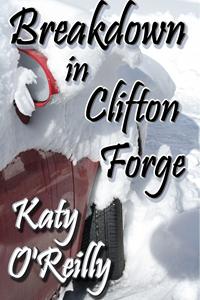