Danielle Smith arrested Robert Wright's heart a long time ago, years later they find themselves in a hidden affair once again.

There are walls standing between their happily-ever-after, secrets of the past. Danielle allows Robert to command her body in unbridled passion. However, she refuses to listen to his pleas that he wants her in his life publicly.

When a secret is revealed. and the bond between them is tried. will their love keep them together. or release them to walk away?

She would not have been shocked if her pussy caught fire at that moment. Every ounce of blood in her legs had pooled between her thighs and pulsed in her clit as her loving admirer worshiped her with his mouth. He’d wasted no time in pushing her feet toward the roof of her squad car and spreading her legs. She was his delectable feast and he was thoroughly enjoying the main course with the avid attention of his mouth.

His tongue teased her as it slid along her slit. She would never cease to be impressed by the strength and agility of it. Palming the back of his head, she pushed him closer to the place yearning for him. His mouth drew on the lips of her sex, then circled around her clit and sucked it, making her toes curl.

Biting down on her bottom lip, she attempted to stifle her moans. Soon, recalling that there was no one else around on the south end of the Claremont Wright Country Club golf course at three in the morning, she let her sounds of ecstasy free, coaxing and praising his oral talent.

“Oh, baby, that feels so good,” she cried as he swept his tongue from her ass to the throbbing nub.

His open-mouth kiss on her whole pussy made her grip a fistful of his hair and yell, “Don’t stop!”

She could tell his arousal level had increased along with hers by the intense heat of his tongue. When they’d begun, his tongue had been warm, a small contrast to the night air, but now it was as if she were being licked by a flame and she loved every minute of it.

Strong fingers stroked her juicy center, then one pressed against the puckered skin of her ass, letting her know what was to come. Excited, she pushed against it, encouraging him to proceed. When it entered, her clit felt as if it had swollen ten times its size, almost painful. Her thighs began to shake. Her orgasm was imminent.

Coming hard, she screamed and heard a bird respond somewhere in the distance. As orgasmic spasms still shuddered through her body, her lover moved up her torso.

Feeling drugged, she stared into his hazel eyes. Her gaze traveled the distinct angles of his face, his summer tan barely visible in the low glow of the interior car light.

He brushed the back of his hand along her cheek. “You are beautiful and delicious,” he said, her scent a pungent sweet spice mingling with his breath.

Leaning up, she kissed him, sliding her tongue into his mouth, tasting them and loving the mixture. She broke away. “Said the spider to the fly,” she answered, smiling.

Chuckling, he slipped his thick cock inside of her, making her breath catch. His size may have been impressive, but his use of it always left her begging for more. Stretched and full, she squeezed his ass and urged him on. Being intimate with him consumed her. She felt at peace. Whole.

Rotating his hips, he stroked the sensitive spot inside of her, along her upper wall. Arching her back and undulating her hips against him, she matched his movements. The air caressed her breast as he pushed the sides of her uniform shirt aside and her bra up. He continued to thrust, as he brought his head down and gave each breast his attention. The sucking and caressing of each nipple caused tingling sensations to race along her skin and her clit began to ache.

His thrusts became more insistent as he buried his face in the curve of her neck. Wrapping her arms around his broad shoulder, she enjoyed his weight on her body and felt his trembling echo her own as they both progressed rapidly toward completion.

Muscles bunching and tensing under her hands, he climaxed. His release sparked her own, and she saw stars for the second time that night. “Robert!” she shouted in ecstasy.

Giggling, she danced her fingernails along his bare back. She didn’t know at what point he’d lost his t-shirt before joining her in the car, nor did she care.

After a quick kiss, he pulled away and dragged his body back out of the open door. “So tell, sweetheart.” He adjusted his clothes. “Do all cops get aroused during rescue missions and apprehending bad guys? Or just you?” Reaching up he pulled his shirt from the roof of the car and put it on, giving her a wicked smile that made his eyes dance in the moonlight.

Sitting up, her face became hot. Not because of embarrassment, but because she remembered just how aroused she’d been. Standing, she ran her hands down the buttons of his now fastened shirt. “I don’t know. Neither do I care as long as I’m the only cop you’re satisfying.”

“Only you.” He laughed. “When would I have time for anyone else? You’re insatiable.”

“I like to keep it that way.” Yanking her sports bra back down over her breasts, she began looking around for her panties. She’d hate to lose them on the perfectly manicured golfing green and have them turned in to the authorities and her cream get analyzed for DNA identification. In Claremont County, people weren’t expected to have scandalous sex in public. It was in the unwritten rulebook. It was bad enough her squad car would already leave tire tracks.

“In a few hours this course is going to be crawling with men.” Robert tucked his shirt into his slacks.

“Yeah, old retired men and social climbers.” Spotting her underwear on the other side of the back seat, she turned and bent forward to reach for them. “So, what are your plans for the remainder—”

If the loud smack of hand on flesh wasn’t enough to grab her attention, the stinging warmth radiating from her right ass cheek did. Her spine tightened instantly, and heat danced down from her bottom straight to her pussy and ignited in her clit. She dipped her back lower and offered her plump dark ass to the moon and Robert. “Please,” she panted.

Obliging her, his hand made contact again, this time on the other cheek.

“Morrre,” she planted her feet in a firmer stance and leaned back expectantly. Regardless of the two orgasms he’d just given her, her sex began to pulse again and become drenched with moist excitement. Until this moment, she hadn’t missed their usual play before intercourse. Now she almost regretted her pleas for him to take her when he’d shown up at the twentieth hole.

Dragging her out of the car, he pushed her against the door, her hanging pants cushioning her back.

“You want more?” His body was flushed to hers and his glorious hands stroke her stinging bottom.

“Then come home with me,” he demanded.

She buried her face on his chest and mumbled, “You know I can’t.”

“Yes. If you really wanted to, you could.”

The sadness in his voice was almost her undoing, but she knew she had to stand firm. “Like you said, Robert, it will be morning soon. If your neighbors see—”

Stepping back, he lifted her chin, raising her gaze to his as his thumb stroked her bottom lip.

She was lost in his hazel eyes.

Moving away, she kept her back to him as she put her panties on. “I know you don’t, but I do.” Facing him, she snatched her pants off the door. “I’d like to keep my job.” Pulling on her forest green pants, she attacked the button of her tan shirt next as she slid her feet in her shoes.

“Danielle--” Moving toward her, he still towered over her.

She was five-seven in her thick soled patent leather shoes, but she would never measure up to his six-foot frame.

“No, Robert, we’re not going to debate this. As you said, in a couple hours this place is going to be packed. It’s Saturday morning and you should be out here with them. You’re trying to make partner at the law firm--”

He grabbed her hand, bringing it to his mouth. “Being in a relationship with you isn’t going to jeopardize my chances at the firm.”

Smiling at the brush of his lips on skin, she pleaded, “Can we talk about this some other time? I need to get some rest. I have to be back to work in a few hours.”

His sigh was audible. “Fine.” He wrapped his arms around her, and bowing his head, he kissed her.

His tongue mastered her mouth, sliding deep, consuming her. When he pulled away, she was breathless.

“This conversation is suspended, but it’s not over.” His hazel eyes were intense as they stared into hers.

She nodded, too relieved to let the subject of them be put on hold.

Taking her hand again, he led her around to the driver’s side. “Now, it’s time for you to go before the retirees show. My dad included.”

That was all she needed to hear. The last person she wanted to find her and Robert together was Major General Wright, the man whose family had been one of the original founders of the town. She opened the door and slid behind the wheel. “I’ll talk to you later.”

“Maybe we can do dinner.”

Starting the car, she rolled the window down and shut the door. “We’ll see. I don’t know how the night is going to pan out, especially after last night’s events with the drug runners.”

“Call me when you get off.”

“Promise.” She pulled away, noting the change of color taking place on the horizon. Morning would be here soon. Driving toward the authorized vehicle exit at the end of the course, she glanced in her rearview mirror and saw Robert’s silhouette become more obscure. There was no mistaking it, Robert knew she was making excuses. However, she would keep making them until he realized their relationship had to remain just how it had been for the last eight months. A secret. 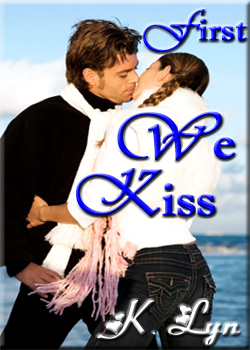 Too Good to Be Wrong (MF)
Sam Crescent
In Shelf
$3.99
Tweets by
sirenbookstrand