Aura has lived being a psychic mouthpiece for other races. When she sees an assassin from her past, she takes matters into her own hands and loses her life in an act of vengeance.

Randr has been trying to catch his Terran before she got herself killed, but she manages it anyway and he has to act fast. Carrying her Home, healers put her back together and time heals her wounds. Now, he only has to explain that she is destined to be a time agent chosen by the consciousness of a dead universe. What could be difficult about that?

A welter of images assaulted Aura’s senses—lights, men and women with long black hair, searing pain and then everything going dark.

Waking was an exercise in pain. Her ribs felt like they had been host to a knife, her throat was dry and raw. Lying still, she tried to get a feel for her surroundings, but all she could determine was that she was not in an Alliance facility.

Footsteps approached and the bed she was lying on tilted at the waist, bringing her to a sitting position.

Randr was standing next to the bed with his lips pressed together with tension. “You had us worried, Aura.”

“That will wait for later. For now, know that you are simply safe and alive.” He reached to the bedside table and gave her a glass of water with a straw.

She blinked. It was so prosaic—it could have been a glass from a hospital on earth. With a few slow sips, she managed to make her voice sound normal again. “It’s later. Where am I?”

He sighed and scooped her out of the bed, sheet and all.

Randr walked with her to a double door and with the flick of his hand, he opened the doors and stepped onto a balcony that overlooked something that took her breath away.

Beyond the balcony, a wide panorama of land and mountain ranges extended, but what stunned her more than anything was the stellar expanse that made her feel like she could simply reach out and touch the stars.

“There is no name for where we are. We are outside time and have no home on any world that has a name.” Randr looked down at her and the curve of his lips was serious.

“So, I am lost in space?” A giggle started in her mind and spread until she stopped laughing with a gasp.

“Not lost. We know exactly where you are. We had to remove you from your timeline and I am afraid that I cut it rather close.”

She blinked. “Removed? From time? Am I still asleep?”

His lips curved upward in amusement. “No. You are awake and alive. Both were in doubt just a few hours ago.”

She touched her forehead and reached up to yank on her hair, a method that never failed to wake her from a peculiar dream. “Ow.”

His mouth twisted in a wider smile. “That was unusual. Is it a species’ tradition?”

She looked around her again at what appeared to be a chunk of land floating on its own in space. “This is real.” 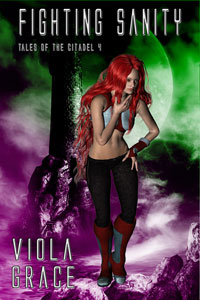 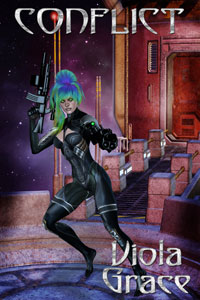 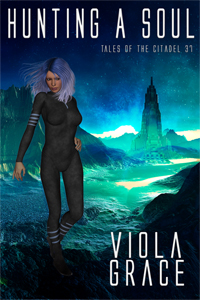 Hunting a Soul
Viola Grace
In Shelf
$3.99
Tweets by
sirenbookstrand