Whyt has been raised in luxury but craved two things, flight and getting her hands dirty. Her status as a half-swan keeps her from the first, and her mother keeps her from the second. She tries to escape both situations and, as a result, finds life as a test pilot and mechanic.

Styvin Arguat has met Whyt before. He thought she was a shy little ninny. When she breaks out of her family’s home with his help and heads to the research base, he guesses that there may be more to her than even she knows.

It was the third day of the week and that meant begging to go to the flight academy. Whyt made dinner, cleaned the house and sat with her parents for the meal.

“Mother, Father, I would like to ask your permission to attend the Nathrin flight academy.”

Her mother tensed. “I do not think that it is wise, Whyt.”

Her father smiled brightly. “I have come up with an alternative, little feather.”

“I have found a suitable mate for you. You meet him the day after tomorrow.”

Whyt froze. “A mate? I thought I would have a choice in who I wed.”

“There is no time. You are not getting younger.” Tevan smoothed his ivory hair back.

“That is precisely my point. I will be too old to join the Planetary Defense Corp soon.”

Her mother sniffed. “We are not authorizing you to go. You are going to settle down and be a good wife.”

Whyt thought of a thousand things to tell her mother, but what came out of her mouth was, “Yes, Ma’am.”

She sat through the final three courses of dinner and kept her disappointment to herself.

After dessert, she asked to be excused, and when it was granted, she rose to her feet with her robe swirling around her.

Instead of going to her room, she stepped into the library and out onto the balcony. The stars gleamed and glittered above her. The flight school was calling her, but her mother was not going to let her go.

“I thought you would be out here.” Neewin, their housekeeper, crept out onto the balcony.

“Of course I am. Can I ever stop staring at the sky?”

The woman who had been her nanny, her tutor and her confidant put an arm around her shoulders.

“No, you were born to look to the skies, chick. Now, clear off your face and listen closely; tonight, just after moonrise, you need to slip out your window and down to the garden. Run for the south gate, and there will be someone waiting for you. You will get to the flight school, but whether you stay there or not is your own problem.”

The glowing orb was peeking out from behind the mountains. “It looks like I am out of time then.”

“Good girl. Give them hell, chick.” Neewin squeezed her shoulders and left her alone.

Whyt looked at the approaching moon, and she nodded. She would never be able to make it in this robe. This called for a quick change. 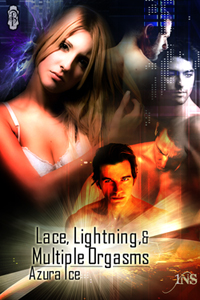 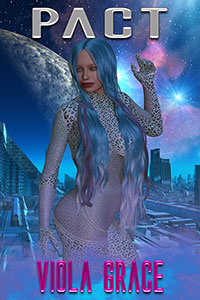