Setting up orbital stations was lonely, but not a horrible occupation. Raine has spent years organizing computers and systems to work in harmony, but when she is sent to a spa to wait for her ride, she learns that work is not the only pleasure in life. Orell has waited for her for centuries and he is not going to let a little thing like a Terran obsession with work get in the way of him claiming his true mate. He will use every amenity at the spa to wear her down and then he will swoop in for the kill, so to speak. What is a little death amongst friends and lovers?

It was the first time she had seen other guests up close. In the spa, walls had separated them and she had heard a few other females and males but had not been exposed to them.

One couple had a very unattractive male with a Selna female in elegant garb. The woman looked to her companion, but the male smiled at Raine, exposing dangerously pointed teeth.

Uncomfortable, she adjusted her field of vision to the new couple coming into the dining room. They were aloof, elegant and didn’t give her more than a passing glance.

The dining room went from pleasant to prickly in a moment and when her server attended her again, the woman whispered, “The management has requested your presence in the private dining room. Please, come with me.”

Relieved, she got to her feet and followed the woman to a set of invisible doors that appeared as a hairline crack in the wall before swinging open. The other inhabitants of the dining room stared as she followed her server through the huge doors.

The crystals that made up the walls took on a rougher-hewn look as they walked the twenty feet to the room with one occupant.

Raine blinked in surprise as she recognized the species from the latest Terran Times instalment, dragon shifters that had become creatures of human, as well as a number of other species, mythologies. Drai or Draikyn were one of the oldest races in the Alliance and it was only since the entry of Terrans to the Alliance that the dragons had resurfaced.

He stood and bowed from the waist, his elegant movements in complete concert with his white vest and dark trousers. His midnight hair slid slowly over one shoulder, caressing his neck as he raised his head, his aqua eyes twinkling. “Welcome to Yosh, Raine Burke.”

His huge bat wings flexed and shivered as he straightened to his full seven-foot height.

“I am your host, Orell Kovik. Are you enjoying your stay?”

He moved around the table and pulled out her chair. She took her seat carefully, keeping the long slit of her gown as closed as she could manage while he stood over her.

“I am enjoying my stay so far. The hospitality offered here has been exceptional.” She touched her neck self-consciously. Those aqua eyes of his were focussed on her implants.

“Pardon my stare, but I have not seen a woman with data jacks in her head before. Do they bother you at all?” He took his seat across from her and nodded to the server.

The server opened another section of wall and retreated through it.

At his bald question, she answered him frankly. “I have experienced a bit of buzzing recently, so I will probably have to have them overhauled when I next go to the dispatch centre. It has become a rather annoying counterpoint to the serenity here.”

She rubbed at her forehead a little and then put a bright smile on her face. “So, you are the management?”

“I am the owner of Yosh as well as the resort, yes.” He leaned back in his chair and his wings extended out to either side, framing his bronze body in dark, satiny skin.

She swallowed as some of the dreams she had had the previous night flickered into her consciousness. Half-forgotten images of wings, hands and lips on hers burned to life in her mind where before she had only had a faded memory of sensual warmth. 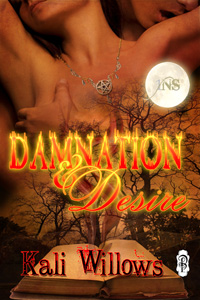