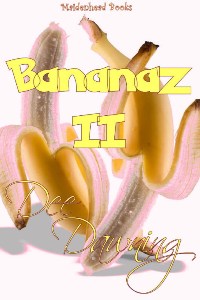 The bedroom door was locked, but I unlocked it with a key we kept on the ledge above. I stomped to the bathroom door—it was locked, and there was no key. I heard the shower door open and pictured her naked and beautiful, stepping into the shower.

Weighing two-twenty, I could easily smash through the flimsy interior door. Instead, I relied on my misspent youth, and pulled out a credit card. After a minute of fiddling with the card, turning the knob and cursing, the door finally swung in. "Voila!"

Undressing rapidly, I tried to quietly pull the shower door open, but being a friction latch, that was impossible.

When Teri spun, I detected a slight smile, then she frowned and yelled, "What're you—"

Not giving her time to finish speaking or do anything else, in one motion I jumped in, pushed her under the warm spray of water and forced her, face first, against the tile wall.

She tried to fight back, but weighing a hundred pounds more than her, she didn't have a chance. Pinning both of her wrists high on the tile wall, I reached around her slim frame, cupped her sex and whispered in her ear, "I'm going to fuck you!"

She wiggled and squirmed. "Leave me alone you bully. I don't want to fuck."

Keeping her hands firmly against the wall, I eased my upright cock into the crack of her ass and slid my fingers along her slit. I ran my fingers through her slippery moisture, occasionally dipping into the warm damp depths of her cunt, but mostly concentrating on her—I knew—hyper-sensitive clit. "You can relax and enjoy it or fight me and enjoy it, but one way or the other you're going to get fucked." I thought a little of the fight might have left her as her wriggling turned into a sway and her squirm became more like undulation. Oh yeah. She wants it bad. And then she turned her head and dug her teeth deep into my arm.

"Yeoow! What the fuck!" I jumped back, releasing her to rub the sting from the bite mark."

Angling toward me wearing a smile, her closed fist hit my jaw with a pretty solid right cross.

When I staggered back, she came at me, eyes blazing, with sharp nine inch nails—no, that's a band—half-inch nails deployed in attack mode. "You fucking bastard. Who, the fuck, do you think you are?"

Backing away from the mad woman with my arm out, the back of my calves bumped into the seat and her momentum forced me down.

Teri was enraged. She was all over me flailing, biting, scratching and kneeing me as if her life depended on it.

Holding my arms out to fend her off, I wondered out loud, "Where did you learn to fight like that?"

"Gloria. After she kicked my ass last week she said she'd show me how to street fight."

Way to go Glory. If I didn't do something she would kick my ass. Hell, if she cut an artery with her vicious nails I could bleed to death. "Calm down Baby."

"Calm down? You tried to rape me."

"Like you did to Gloria and Lisa and…and…Fuck you!"

Bunny and the Beast (MF)
Heather Rainier
In Shelf
$5.99
Tweets by
sirenbookstrand