A profoundly moving story of primeval survival and love.

Beginning of Time chronicles the sexual awakening and fulfillment of a young man struggling to learn how to fit into his hostile, primitive environment. As he moves from an almost animal existence to an ancient civilization to a slightly more advanced ancient civilization—not always by choice—his resilience is taxed. But he survives, as does his curiosity and openness, until he is saved by reaching his protector and ultimate lover, and their love story is depicted on a cave wall for future generations to discover, decipher, and appreciate. 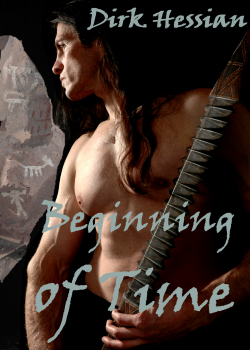 From Black Tulip at Booked Up and on Goodreads

“The author made a wonderful job with the re-creation of the beginning of time. It is a fascinating tale about discovery, courage and love. . . .This book is a wonderful and moving short story. I give it a 4.5/5”

It wasn’t only the elements and each other that threatened the Others who lived around me. There also was a threat from across the sky-reaching rocks and from the broad waters flowing to the horizon. There were different Others near us, large, hulky, nasty Others who smelled of rotten flesh.

They came to us in wooden vessels across the waters, coming straight out of the golden disk in the sky so that we did not see them until they almost were upon us. I was on the sands between the forest and the water. Graybeard wasn’t there. But one of the Others, the one who had laid with Graybeard before he selected me, was there, inching toward me. Being aware of where he was was what kept me from seeing the approaching vessels holding those Others I thought of as Sharpspears, because they carried with them long sticks, sharpened at the end. I’d seen them throw these sticks long distances and bring animals—and, once or twice, an Other—down with them.

I heard the trilling of Others giving warning, though, and turned and saw that the lead vessel was nearly where the water met the sand. Three giant Sharpspears were leaning toward the sand, ready to jump out. I turned and ran, but the Other who resented my lying with Graybeard had moved closer to me and I saw the rock he was carrying too late. 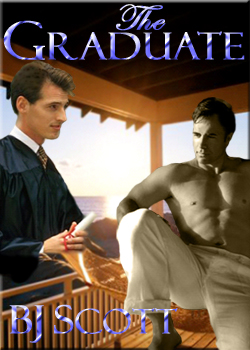