Lady Yasmine Hanswald calls the Rift River Valley in the Alps her home. Dreams of a dark-haired lover have disrupted her sleep and her peace of mind. When he appears in the flesh, she thinks she's losing her sanity.

Sexy werewolf, Lord Jorge Grauwolf, Viscount Austral, has been suffering since his brother's death. He wants nothing more than to exact revenge on the werewolves who murdered him. Upon arriving in Rift, the beautiful and human Lady Yasmine threatens to distract him from his purpose.

They're drawn together by instinct, and he plans to take advantage by using her to get close to his brother's killers. There's moon magic in the air, however. Can he resist her beauty and stick to his resolve, or will she lure him to an alternate destiny? 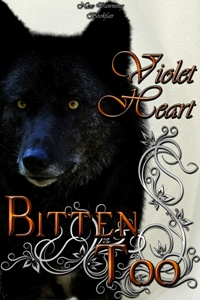 Jorge Grauwolf passed under a stone arch marked Grauwolf Haus and marched his mount down a tree-lined drive. In the distance, his aunt's gray stone mansion sat like a jewel atop a sprawl of green lawn. At the center of a circle turnaround, a fountain sprayed water.

A servant in blue livery met him at a broad stone stairway leading to the main entrance. "Welcome, my lord."

"Your aunt is at the back with her guests, my lord."

"Thank you." He dismounted and handed the servant his reins. He removed his black hat and greatcoat and handed them over, too. Then he headed around the mansion.

Laughter and sounds of multiple conversations carried on a breeze past the back corner of the west wing. He stepped onto the rear lawn.

Gentlemen in tan trousers, white and pastel striped jackets, pristine linen shirts and neat neckties mingled with ladies in flouncy day dresses. Some lounged on blankets under a spreading shade tree. Others played crocket, lawn tennis, or lawn bowling. More stood or sat in lounge chairs near a bank of glass windows. At the far end of the sitting area, Lady Grauwolf laughed at the top of her lungs at something said by a gentleman next to her.

More than half of the assembly emitted werewolf pheromones. The rest were human. How do these superior werewolves deign to associate with such frail creatures? He resisted an urge to curl his lip in disgust. Tugging his shirt cuffs past the edge of his jacket, he strode toward Lady Grauwolf.

She spotted him as he approached the seating area. "Jorge, what a pleasure to see you." Her eyes held a sadness he despised.

How dare she feel sorry for him? "Aunt Charlotta. Forgive me for intruding."

"It's no intrusion, dear. You're always welcome in my home." She offered him a broad smile and extended her hand.

He took it and kissed her knuckles. "Thank you." If you knew my purpose, you wouldn't be so accommodating.

"I haven't seen you since you were a wee boy. You've grown so handsome and tall. Are you in need of rest?" she asked. "I can have Steiner show you to a guestroom."

She frowned. "Just passing through? It's getting late. Have you even had luncheon? Why don't you plan to stay the night? Join my party and have some refreshment."

He hesitated. Staying with her would lend him credibility and be far more comfortable than hunting his enemies from the woods. Especially if he took longer than a day to get close to the werewolf king. Also, taking a room at an inn might appear suspicious with family so close.

"Fine," he said. How close was her estate to the Malveaux castle?

A servant handed him a glass of punch with a bit of slush floating on top. He took a sip, glad for the iciness to cut through the heat building from sun on his black jacket and slacks.

"Let me introduce you. We have some delightful nobles here in Rift." She waved.

He didn't bother to look. A body moved, stirring a human scent on the breeze. He had no interest in meeting anyone of the lesser order. Then a mixture of orchid and Queen Anne's lace swirled in the moving air. Their perfume wrapped about his head and filled his senses. Breathing deeply, he faced the source.

Large brown eyes surrounded by long, black lashes and set against porcelain skin blinked beguilingly. A lush, reddish-pink mouth smiled without artifice. Black curls piled atop her head shined in the sunlight, and a few tendrils escaped to brush delicate cheeks and a long, slender throat.

He followed the line of her neck to a swell of ample breasts covered by a gathered bodice of lavender organza trimmed in white lace. A broad white ribbon hugged her ribs beneath the low-cut squared bodice, emphasizing the perfect, high mounds. Organza continued to her slipper-clad toes and sprouted a tiny bit of lace at the hem.

Lady Grauwolf offered a kind smile. "Jorge, please let me introduce you to our lovely Lady Yasmine Hanswald, daughter of Viscount Walden. Yasmine, this is my nephew, Lord Jorge Grauwolf, Marquis of Austral. Youel was his younger brother."

He swallowed. Why didn't her consolation bother him? Her words actually comforted, which astounded him. She was a mere human. Hardly worth his notice.

"Thank you," he managed after too long a pause, equally astounded that he actually meant it. "I'm delighted to make your acquaintance, Miss Hanswald."

Air. I need air. She moved to the window and flung it open, thrusting her face into the night. Cool air helped. Still, her head swam. She ducked inside and backed to the bed then flopped. Jorge Grauwolf, what have you done to me? She put a hand to her chest and took breaths as deep as her corset would allow. It wasn't enough. Her vision went weak, causing the canopy over her bed to waver.

"Allow me," said the one person who could only make her situation worse.

She lifted her head from her bed's counterpane. He stood in her room by the open window. He'd removed his coat and vest, and his cambric shirt gaped to reveal his tanned, bared chest. A halo surrounded him, and she fought for breath as darkness began closing in.

He came to her in an instant. His large hands took her shoulders and rolled her. Sure fingers went to work on the hooks of her gown. In seconds, he had the stays of her corset loosened.

She fisted the bedspread and sucked a gulping breath. The room came into clear view. Bending her chin to her chest, she inhaled deeply until her head stopped spinning.

"Did Youel touch you?" he asked, his words clipped but quiet. "Is that why you said my brother was dangerous?"

"Absolutely not. What a question." She pushed against the counterpane, but her arms buckled.

The mattress sagged, and his cool fingers curved across the nape of her neck.

"How dare you?" she whispered, appalled by both her weakness and his audacity.

"How dare I come to your aide?" Humor laced his tone.

He was a rake. Only a libertine would steal, uninvited, into a lady's bedroom in the middle of the night. And where was his anger from a second ago? "You may be a nobleman, but you're no gentleman." She slapped at his hand and found the strength to push to a sitting position. "Get out."

"Ungrateful chit." Not a bit of irritation joined his words. He actually sounded amused.

A flame flared in her belly, and she dared her first real look at him tonight. Laughter danced in his silver eyes. His black hair had come loose from its tie and reflected her gas lighting with a crisp sheen. His skin stretched taut across thick muscle and contrasted with the pristine white of his shirt. Jorge was the image of male beauty unlike anything she'd ever seen.

And what did she look like? Her pristine gown wilted at shoulders and bodice. She'd just about fainted, which meant she likely had not a bit of color in her face. She put a hand to her hair and swallowed a moan of dismay to find it listing to the right. She had no choice, and pulled out two long pins. Her curls fell where they may. He licked lips shaped like an archer's bow. "I don't believe I've ever seen anything as gorgeous as you right now."

A rush of wicked excitement set her heart to pounding. You're handsome and arrogant and alone with me on my bed. "Get out." Somehow, she didn't mean the words quite as much this time. He slid a finger into her sleeve and drew it downward, baring her shoulder.

She clenched her teeth against an indignant cry. The last thing she needed was Trudi waking to find a man in her room. "Jorge Grauwolf," she managed in a breathy voice. She clutched her bodice and made to stand. Halfway up, her brain lost focus and her knees gave out. She collapsed…into his arms.

He spread his thighs, settling her hips between. His fingertips found her thin silk chemise under the untied stays of her corset and wreaked havoc with her senses. He put warm lips to her ear and whispered, "You stir my appetite more than any succulent morsel that has ever tempted me."

She inhaled sharply and tried not to imagine what he had in mind. Tried not to picture lying beneath him as she had so many times in her dreams. 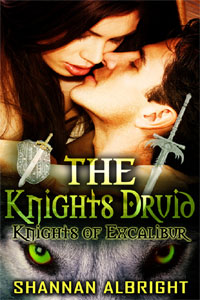 The Trade (MF)
Gina Duncan
In Shelf
$3.99
Tweets by
sirenbookstrand