When another head is found in Blood Pond, Detective August Greystone must try to keep his own head while searching for the killer. All this time, August and his lover Bruce Monkton have tried to put the past behind them and build a secure and happy future as a couple, only to be brutally reminded of the terrible circumstances that initially brought them together.

With few clues and even fewer witnesses, August feels like a fish out of water, trying to deal with the memories of his own brother’s murder years earlier. Bruce’s assertion that someone is after him also weighs heavily on his mind, making August wonder if Bruce is actually insane after all.

Questions never truly answered resurface along with the boy’s head in Blood Pond. Is a serial killer still on the prowl hunting for fresh victims, or has the murderous psychopath been at August’s side, and sharing his bed all along?

This book has been previously published previously some and has won many awards. 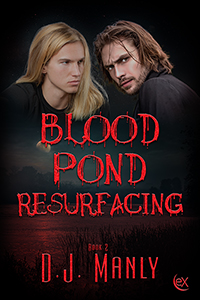 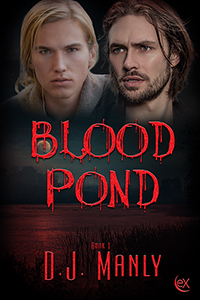 “Okay.” He sighed. “Clay came to my house, knocked me out and took me to Blood Pond. He tied me to a tree, and I assume meant to kill me. He almost did. If it hadn’t been for Bruce, I’d be dead. He went there to Blood Pond and tackled Clay. They fell into the pond and then, instead of leaving Clay, Bruce pulled him out. He’d been shot.”

“How did Clay get you to Blood Pond alone? I’ve seen Bruce. He and Clay must have been around the same size.”

“You’re a big guy, August, tall, muscular. Do you think someone of that stature could have carried you to Blood Pond? Was there ever a vehicle found?”

“What are you saying?”

“I’m saying I doubt he could have done it alone.”

“So, Bruce helped him? Is that what you are trying to say? Al, if Bruce wanted me dead, don’t you think he would have found a way to do it by now? We sleep in the same bed for Christ’s sake.”

“I never said that Bruce wanted you dead. I truly think he loves you. But Bruce and Clay had an unusual bond, August. I think it was wrapped up all too neatly. After Bruce called you, after he’d supposedly stopped Clay from killing you, you went to find them, right?”

“Someone came out of the barn when you got there, and you knew it was Clay.”

“He was wearing boots.”

“Were they dressed exactly alike? The twins?”

“Similar. Jeans, Clay had a coat. Bruce was wearing a couple of layers of clothes. He didn’t own a coat, and he had on running shoes.”

“Other than that, could you tell them apart? Was it dark?”

“Fairly dark; it was the middle of winter, early evening.” He hesitated. He knew where she was going.

Al looked at him. “August…” She touched his hand, her voice growing softer as she met his gaze. “Did you ever think that maybe you shot the wrong twin?” 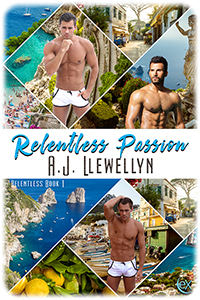 Relentless Passion
A. J. Llewellyn
In Shelf
$4.99
Tweets by
sirenbookstrand