Croc on the Menu

As the owner of an authentic Irish pub, Sinjin Gallagher—Jin to his friends—thought he’d seen it all. That all changes when a huge bruiser of a man enters his establishment looking for one of his regulars. To Jin’s surprise, the guy isn’t there to cause trouble…but to stop it. What’s even odder is when he finds himself aroused by the man’s efficiency as he deals with that threat. As a pacifist, Jin doesn’t understand his unexpected desire.

Tideus Solverman runs across information that Councilman Goldstein would be attacked while eating at an Irish pub. As a council enforcer, it’s his duty to stop it. Even with the distraction of the hot pub owner—Jin, his mate—he gets the job done. Realizing his size and abilities intimidate Jin, Tideus still believes with a little patience and the mate-pull, he will prevail. Well, he does until a bit of information comes across his desk—it was Jin who told the rogues when the councilman would be there.

Can Tideus trust in Fate and get the answers he needs, or will he walk away and leave extracting the truth to an impartial enforcer?

Croc on the Menu

Slowly scanning the table floor of his restaurant, Sinjin Gallagher—Jin to his friends—felt his annoyance spike. He grumbled nonsense under his breath as he turned and headed into the kitchen. After he did a quick check to make certain he didn’t have any newly placed orders waiting, Jin went in search of his niece, Justine.

Jin had known hiring the flaky nineteen-year-old would cause nothing but problems, but he hadn’t been able to say no to his brother—Tersus—either. Family was supposed to take care of each other. Too bad Tersus seemed to think that only went one way. His older brother made a habit of forcing Jin into tight spots.

If’n I could only grow a backbone.

As Jin stopped in the breakroom and swept his gaze over the space, finding it empty, he knew that wouldn’t happen anytime soon. He was a pacifist. The world would be a much nicer place if everyone’s problems could be solved by talking it out or just accepting to agree to disagree.

Why did so many people resort to violence?

Pushing his useless thoughts away, Jin headed toward the back door. There was an outdoor break area there, too, although he couldn’t think of anyone in his employ who would use it on a rainy day such as this. Jin cracked the door and squinted through the downpour.

Then a thought struck Jin. He gritted his teeth, hoping he was wrong. Although, if Justine had skipped out on the rest of her shift, he could let her go, and there wasn’t anything Tersus could say about it.

Jin couldn’t help himself, though. The reputation of his restaurant was on the line, after all. He didn’t want the service impacted by Justine’s flaky and lackadaisical approach to…well, work in general.

His parents had emigrated from Ireland when Jin had been twelve and Tersus had been fifteen. He’d always remembered the amazing Irish fare his mother had made in his younger years. While she’d continued to cook it in America, the availability of ingredients made everything taste a little different.

Loving to cook himself, Jin had been close to his mother, and she’d taught him everything she could about those differences. He’d begun working odd jobs—mowing lawns, painting fences, baby-sitting, and more—and had started saving his money.

Jin had taken cooking classes instead of going to college, and at the age of twenty-seven, he’d realized his lifelong goal—to open an authentic Irish pub and grill. His mother had been so proud. Even his father, who had rarely attempted to relate to his openly gay son, had been impressed.

A week later, they’d both died in a car crash. His parents hadn’t had much once their debts were settled, and nearly everything had been left to Tersus. Only his mother’s jewelry had been left to Jin, but for some reason, no one could find it.

Jin had his own ideas as to what had happened to it—namely, his brother had swiped it to keep it for himself—but he’d never voiced them.

After that, Jin had thrown himself into his restaurant. For years he’d worked long hours to make his business a success—cooking, serving and meeting customers, going to community meetings, and employing endless marketing strategies to get his pub’s name out there—The Dancing Leprechaun. When business began booming, he found he had more time…except he continued to work long hours because there was no reason to go home.

Then Tersus had started coming around. Jin had thought his older brother, who had a family of his own by then, had been trying to mend fences. He’d learned quickly that wasn’t the case.

Can I get a beer on the house, being your brother and all?

Can you loan me twenty bucks for gas to get me through the week?

But then the requests grew.

Do you mind if I take that mattress in your guest bedroom, since you’re not using it? My son, Bryan, needs a bigger bed.

Lend me a hundred bucks so I can buy my wife an anniversary present.

I need a part for my truck. It’s two hundred. You don’t mind buying it for me, do you?

It wasn’t really about the money. Jin had worked hard and didn’t mind sharing his wealth with his family. Unfortunately, he knew Tersus wasn’t using the cash for what he told him. On top of that, the one time Jin had said no, Tersus had pounded him in the stomach until he’d said yes.

Now the requests were beginning to threaten his business.

Justine needs a job for her resume. Give her a few shifts as a waitress.

While Jin thought she did a passable job, he could see she wasn’t really interested in being there. She didn’t portray the flair and friendly service that he expected from his people. He worried it would begin to create dissension amongst the other staff.

Reaching his office, Jin gripped the knob with one hand while making to insert the key with his other. When it turned, he scowled. He always kept it locked, since he kept sensitive material in the room. Plus, he’d had a waiter steal from him a couple of years back.

Jin pushed the door open while shoving his keys into his pocket and spotted Justine sitting at his desk. She was clicking something with his mouse, her focus on the screen. When he closed the door behind him, she looked up.

For just a second, Justine’s eyes widened. Then she grinned broadly at him. “Hey, Uncle Sinjin. What’s up?”

Justine’s expression didn’t change even as her hand moved, and she flicked her gaze to the screen. “I’m on break. I was just relaxing and playing solitaire.” 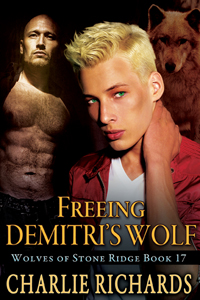