There is still magic to be found. Even in the bleakest of places.

Hank Goodenough has spent his entire life in the smoggy streets of London trying to keep his head down and not to get noticed. Not an easy feat when you’re the tallest one in the room and have a brass funnel protruding from your head. When he finds himself laid off work once again, his dad wants to drag him away on a crazy quest. Before he can figure out how to get out of it, he finds himself on a steam-driven airship in search of Odin, the old Norse God, and is sharing a room with Captain Elazar Steel, a man strutting around on one high-heeled boot and one peg leg.

Steel doesn’t care that the winks, smiles, and small touches he and Hank share might get them hanged once they land on the ground again. He is determined to show Hank there is magic in the world and that there is no better place to be than on his balloon ship steering towards the Arctic Circle.

Hank held his breath as the sounds of the carol singers’ voices merged with the smog and faded into the dusk. It was the first Christmas songs he’d heard for the season, and it made him think of his mother.

Demetrius dragged him to a narrow wooden door with flaking dark blue paint and rusting iron ferrules. Above, a ghost ship sign painted on a dried up board creaked every time the wind got hold of it.

The words sent a shiver of recognition through him. He’d heard the name before, but how was that possible? He never came to these parts of London -- no one in their right mind did.

He slumped down in an attempt to make himself invisible, completely in vain -- he had both his size and his velvet coat working against him. The dust of the streets had done nothing to mute the red colour.

Hank had tried to stick to the shadows on the way here, but people kept staring at him no matter what. Barefoot children dressed in rags watched him with eyes wide enough for Hank to fear they’d fall out of their skulls.

He blinked away the smoke hitting him in the face as he followed Demetrius into the grimy tavern. The low murmur stopped as he got a couple of steps inside, then he heard someone chuckle. Heat began climbing his neck, but he refused to blush. It had taken years to get it under a semblance of control. Wiping his sweaty hands on the soft velvet, he kept his gaze on Demetrius’s back.

“He’s over there.” Demetrius appeared unaware of the laughter spreading in the room and hurried towards the far corner. Hank filled his lungs with the sooty air and kept his back straight as he followed. Show no weakness. He had to duck at one point not to hit his head on a joist.

It became darker the farther into the tavern they got, and Hank dared a breath of relief. At least his coat wouldn’t be visible from the entrance. He looked around the room before looking at the man Demetrius had stopped next to. When he did, he wished he hadn’t, he wished he’d stayed at home, and he definitely wished he’d worn his old rugged coat.

The man’s dark eyes shone as he watched Hank. Something close to a smile tugged at the corner of his lips, but Hank could tell it wouldn’t turn into a nice one. A dimple almost appeared on his right cheek, or maybe it was a muscle strain from keeping the sneer at bay.

“This is your seaman?” His voice was melodic, so melodic Hank almost missed the words.

“Yes, my son.” Demetrius nodded frantically, and Hank’s heart made a run for his throat.

No one was listening to him.

“Good, good. I’ve always liked a sturdy man; I need someone big and strong on the ship.”

Hank looked around, hoping against hope someone was standing behind him, and they weren’t talking about him. Several pairs of eyes were watching him with amusement.

The man cocked his head, making a long tress of black hair glide off his shoulder. “No seaman?” Then he glared at Demetrius. “A seaman was part of the deal.”

“He is your seaman. Tall and strong, good for heavy lifting. God knows it’s all he’s good for.”

Hank’s stomach turned, but the usual nausea following Demetrius and Polly’s words halted when the man gave an annoyed huff. If he was annoyed with Hank’s stupidity or Demetrius for pointing it out, he didn’t know, but his gaze turned harder than before.

Silence fell. It spread to the entire tavern and made Hank twitchy -- grown men shouldn’t be twitchy.

Finally, the man reached out over the table and offered Hank his hand. “I’m Captain Elazar Steel. What’s your name, lad?”

Lad? Lad! The man must be ten years younger than Hank, and though he was still sitting down, he didn’t look like a big man. Hank couldn’t help but narrow his eyes, and it wasn’t until Demetrius elbowed him in the side he realised he hadn’t responded.

Hank refrained from rolling his eyes. Dear Elazar didn’t seem to notice, though. 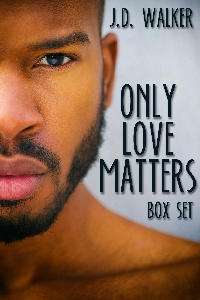 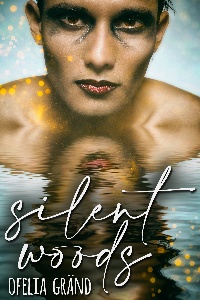 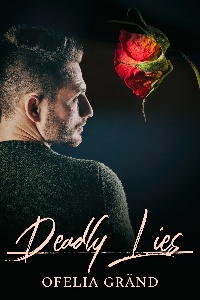