Close your eyes and imagine a small town’s fire station packed with muscular firefighters who drink together, and shower together. Add Jensen Brother, a naïve rookie whose training in gay love has only just begun. 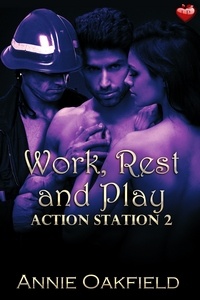 Matt didn’t wait long before he put in an appearance, although his eyes were wary. Craig had warned him more than once about bugging me, but Matt seemed to think I was worth risking a beating for.

“You okay, Jensen?” he asked casually.

“Yeah, great. Listen, I thought we were okay, you and me.”

“We are.” I shrugged. “It’s Craig who has issues.” Matt opened his mouth to speak, but I interrupted him by raising a finger. “But you need to cool it sometimes.”

“You want to make you feel good, Matt. Not me.”

“Okay, maybe. But we’ll both have fun. Nobody gets hurt.”

“Didn’t you get a kick from being blown? Don’t you enjoy kissing me?”

“We should settle this,” he moved closer. “One way or the other.”

I wanted to retreat, but my feet refused to move. Helpless, I stood rooted to the spot as he walked up to me, slid his arms around my waist, and pressed his lips to mine. My mouth responded automatically, opening so his tongue could meet mine. When his hands dropped to my butt, a thrill ran through my body, a deep shiver of excitement as the possibility of sex beckoned. If I let him, Matt could take me to somewhere private—right now—and use my body however he wanted. I could be naked and underneath him in minutes, feeling his hard cock sliding into me. I hardened quickly at the thought, loving the idea of being naked.

But when he ground his erection against mine, chuckling quietly, doubt crept into my mind. Did I really want to surrender myself to him so completely? Fantasy was one thing, but having Matt hammer himself against me with no way to stop him—and I was pretty sure he wouldn’t stop—was a scary thought. If I changed my mind, he was unlikely to listen. He’d be interested in only one thing, and I was sure it wouldn’t be making me feel good.

“Let’s find somewhere private,” he murmured. His hips rocked, rubbing his cock against mine. I was painfully hard, and I ached for his touch. To feel his mouth on my cockhead would be heaven. To have his fingers curl around the shaft and squeeze me until I came all over his hand . . . My resolve crumbled; the urge to let him ravish me filled my mind.

It was possible that I’d misjudged him, and that he’d treat me gently. Maybe he’d respect me; maybe he’d stop if I asked him to, and wouldn’t push me into anything uncomfortable. 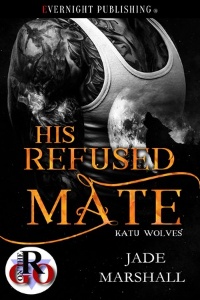 Out in the Open (MM) (MMM+)
Annie Oakfield
In Shelf
$1.99
Tweets by
sirenbookstrand